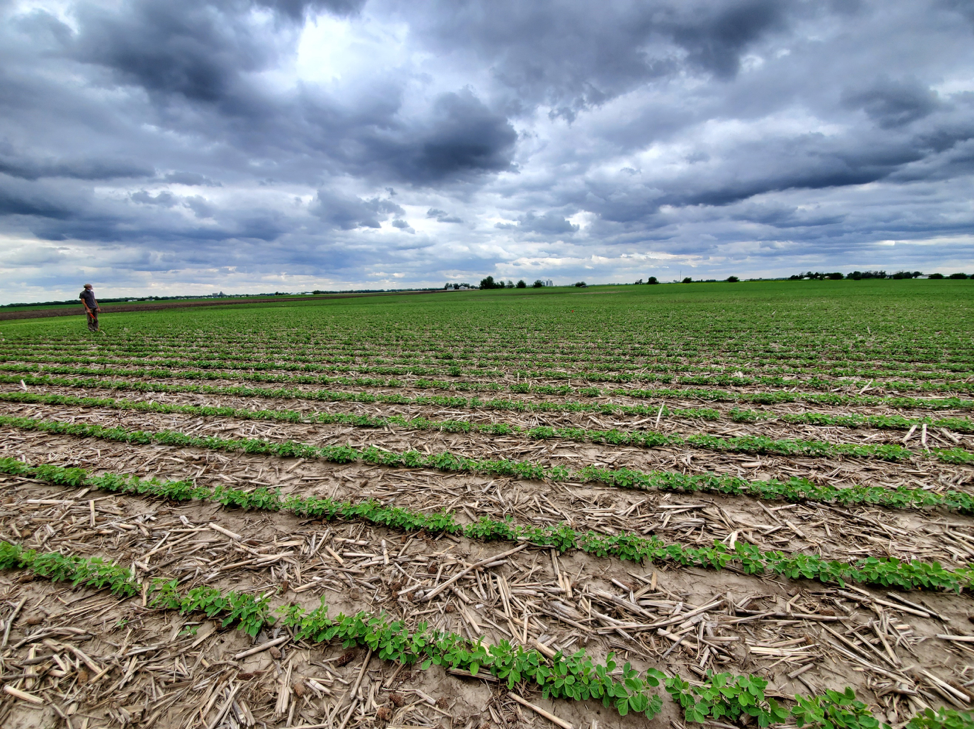 “We will establish the Midwest Bioenergy Crop Landscape Laboratory (MBC Lab) to monitor emissions on fields in Champaign County, and the vast amount of data collected will be publicly available and could someday lead to financial rewards for farmers who reduce emissions through sustainable crop management.

“Our team will develop protocols for data processing and storage, create an online portal for growers and other researchers to access, and build the cyberinfrastructure for real-time data visualization. The researchers will also share findings regularly with the broader farmer communities in Illinois.

“Our MBC Lab is the perfect testbed for measuring emissions from biofuel production, and the platform we will develop will provide data and technology that can be applied to existing markets and broader production agriculture for ‘smart farming’ and environmental sustainability.” 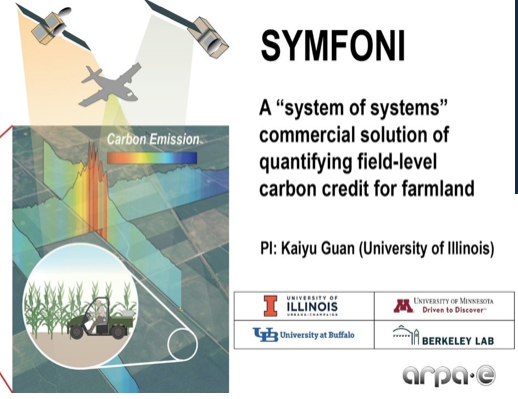 On Sept. 8, 2020, the University of Illinois announced that the Smart Farms team led by Kaiyu Guan was awarded $4.5 million from the U.S. Department of Energy’s Advanced Research Projects Agency-Energy (ARPA-E) through its “Systems for Monitoring and Analytics for Renewable Transportation Fuels from Agricultural Resources and Management” (SMARTFARM) program.

The funding will be used to calculate farm-scale carbon credits, allowing individual farmers to understand the value of their land and practices toward carbon trading markets. Funding for the newest phase of the project, named “SYMFONI,” allows accurate and rapid field-level quantification of carbon intensity for every individual field across the U.S. and can be seamlessly scaled up to the global scale. This is made possible through the integration of field-based observations with satellite and aerial hyperspectral data, physics-guided deep learning, mobile soil sensing, and supercomputing. Guan, Assistant Professor of Natural Resources and Environmental Sciences (NRES) and a Blue Waters Professor at the National Center for Supercomputing Applications (NCSA), says the system builds a generic framework that will flexibly integrate newer sensor technologies as they become available, meaning the output will continue to improve over time.

“We couldn’t be prouder of Kaiyu and his team’s efforts toward a more sustainable future for agriculture and the planet. Innovations from researchers within the College of Agricultural, Consumer and Environmental Sciences (ACES), along with our partners across campus, have been changing the world for 150 years, and with investments like this from ARPA-E, we’ll continue moving forward to a brighter future,” said German Bollero, Associate Dean for research in the College of ACES.

The Illinois team was the only group nationwide to be twice awarded funds in ARPA-E’s SMARTFARM program in its two funding phases. The same team leads a Phase 1 project ($3.3 million) to collect gold-standard carbon emission data at the farm scale and build the foundation for testing Phase 2 technologies. The Illinois-led project also represents the largest portion of SMARTFARM funding, receiving 27% of the total distributed in the current round of funding.

The project team includes nine members across Illinois’ Urbana-Champaign campus. For this round of funding, Jian Peng from Grainger College of Engineering was added — as were Zhenong Jin and Vipin Kumar from the University of Minnesota, Kang Sun from the University of Buffalo, and Jinyun Tang from Lawrence Berkeley National Lab.

The Institute for Sustainability, Energy, and Environment (iSEE) was instrumental in helping a University of Illinois team land a $3.3 million U.S. Department of Energy grant.

The U.S. Department of Energy has awarded a $3.3 million grant to a multidisciplinary research team at the University of Illinois at Urbana-Champaign to develop a precise system for measuring greenhouse gas emissions from commercial bioenergy crops grown in central Illinois. 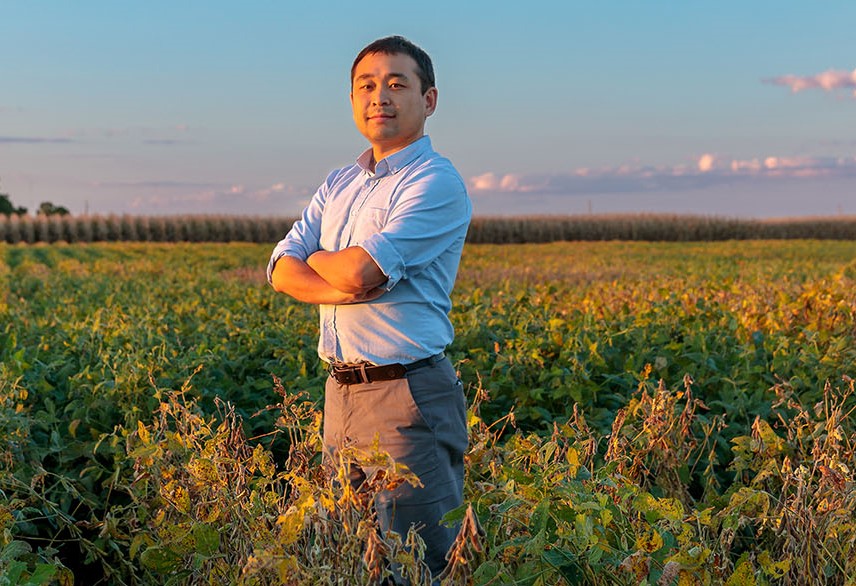