University of Illinois researchers were part of a multi-institutional team that has significantly improved the performance of numerical predictions for agricultural nitrous oxide emissions using novel modeling that combines artificial intelligence and process-based knowledge. 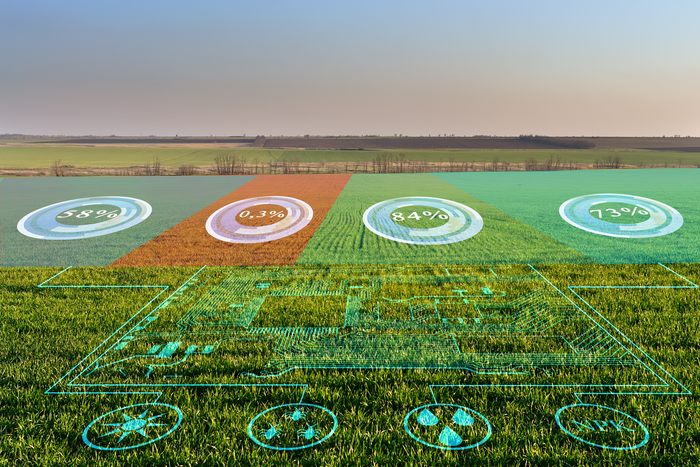 According to a release from the University of Minnesota — home of the corresponding author and Digital Agriculture Group lead Zhenong Jin — the team developed a first-of-its-kind knowledge-guided machine learning model for agroecosystem, called KGML-ag, which is 1,000 times faster than current solutions and also significantly improves the modeling accuracy of greenhouse gas emissions from agriculture.

The research was recently published in Geoscientific Model Development. Researchers involved were from Minnesota, Illinois, Lawrence Berkeley National Laboratory, and the University of Pittsburgh. According to the Minnesota news release, KGML-ag was constructed by a special procedure that incorporates the knowledge learned from an advanced agroecosystem computational model, called ecosys, to design and train a machine learning model. In small, real-world observations, the KGML-ag turns out to be much more accurate than either ecosys or pure machine learning models.

“This is revolutionary work that brings together the best of observational data, process-based models, and machine learning by integrating them together,” said Kaiyu Guan, a coauthor of the study, Founding Director of the Agroecosystem Sustainability Center (ASC) and Blue Waters Associate Professor of Natural Resources & Environmental Sciences (NRES) at Illinois. Guan is the Project Director of the U.S. Department of Energy’s Advanced Research Projects Agency-Energy (ARPA-E) Systems for Monitoring and Analytics for Renewable Transportation Fuels from Agricultural Resources and Management (SMARTFARM) project that funded the study.

“We are really excited to continue this collaboration with the University of Minnesota team led by Zhenong Jin to explore and realize the full potentials of KGML,” Guan said.

Jin, Assistant Professor of Agroecosystem Modeling at Minnesota, and Vipin Kumar, Professor and Head of Computer Science and Engineering at Minnesota, are co-authors who work on the SMARTFARM project led by Guan. ASC and SMARTFARM team member Bin Peng and ASC team member Wang Zhou, both from NRES at Illinois, also were among the article’s 16 authors. Guan and Peng are affiliated with the National Center for Supercomputing Applications at Illinois. ASC is a collaboration between the Institute for Sustainability, Energy, and Environment, the College of Agricultural, Consumer, and Environmental Sciences, and the Office of the Vice Chancellor for Research & Innovation.

“There is a lot of excitement around the potential for agriculture to contribute to carbon drawdown, but unless we have accurate and cost-effective measurement tools to assess what is happening both above- and below-ground, we won’t see the market incentives we know are necessary to facilitate a transition to net-negative agriculture,” said David Babson, an ARPA-E Program Director. “I’m looking forward to the teams further expanding this research.”