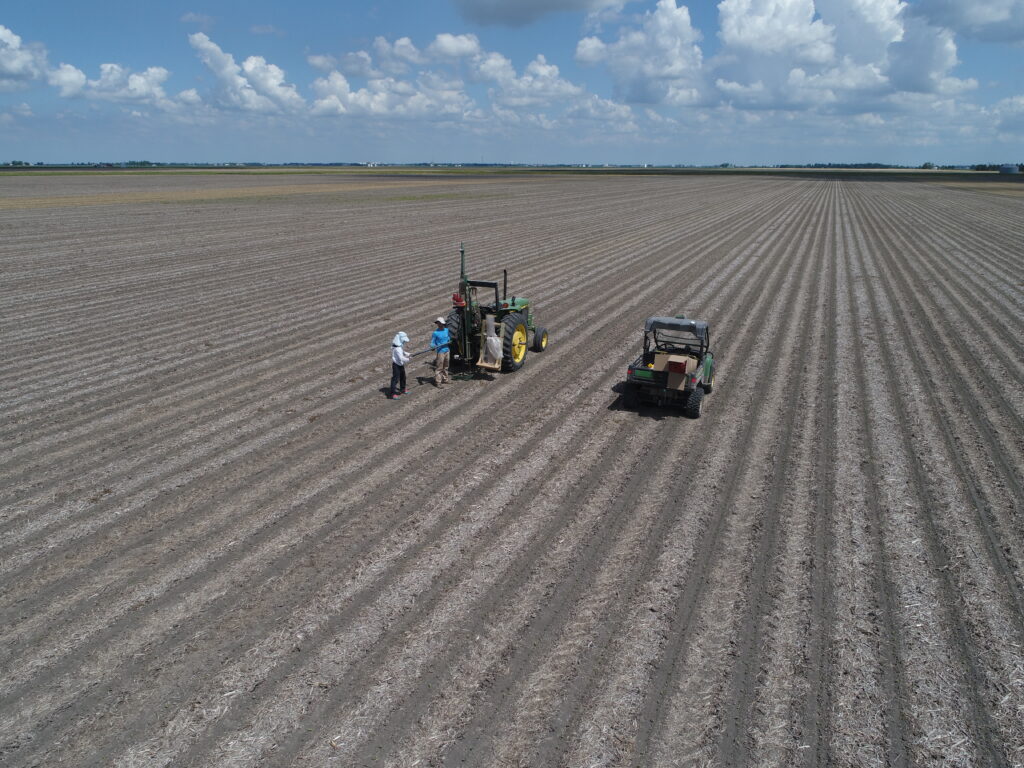 There is much more carbon stored in Earth’s soil than in its atmosphere. A significant portion of this soil carbon is in organic form (carbon bound to carbon), called soil organic carbon (SOC). Notably, unlike the inorganic carbon in soils, the amount of SOC, and how quickly it is built up or lost, can be influenced by humans. Since its advent about 10,000 years ago, agriculture has caused a significant amount of SOC to be released into the atmosphere as carbon dioxide, contributing to climate change.

Quantifying the amount of SOC in agricultural fields is therefore essential for monitoring the carbon cycle and developing sustainable management practices that minimize carbon emissions and sequester carbon from the atmosphere to the soil to reduce or reverse the climate effects of agriculture.

The traditional and most reliable way to quantify SOC is by soil sampling, with analyses in the lab (“wet chemical” measurement). But which locations in the field should be sampled? And how many samples should be taken for an accurate estimate? Each additional soil core adds significant labor and expense — and uncertainties in how to optimize sampling can lead to substantial extra costs.

In a new publication from the U.S. Department of Energy’s (DOE) SMARTFARM Project, Potash and other SMARTFARM researchers evaluated strategies for estimating SOC. Their goal was to develop an estimation strategy that maximizes accuracy while minimizing the number of soil cores sampled.

The SMARTFARM Project, a program led by co-author and Blue Waters Professor in NRES Kaiyu Guan and funded by the DOE’s Advanced Research Projects Agency-Energy (ARPA-E), endeavors to develop a precise solution for measuring and quantifying greenhouse gas emissions and SOC change during the production of crops. 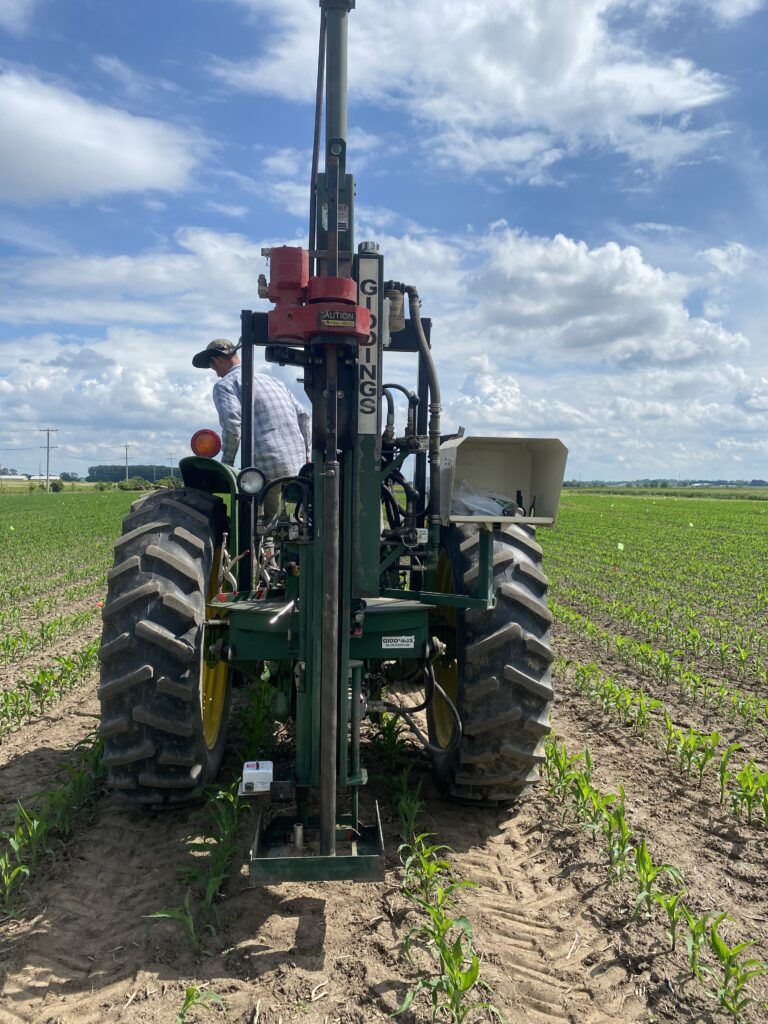 This work is made possible with unprecedented data collection effort.

“We have collected 225 soil samples at 3 samples per acre at one of the SMARTFARM sites. The samples were collected up to 1 meter deep using a Giddings probe. This level of dense sampling has never been done before,” said co-author DoKyoung Lee, a Professor of Crop Sciences, a co-PI of the SMARTFARM project, and also an ASC founding faculty member.

In this work, the researchers approached the problem by evaluating the two steps involved in estimating SOC: (1) deciding where in a field to take soil samples; and (2) deciding on a statistical rule for calculating an estimate (called an estimator). By using a commercial field in central Illinois that had been intensively sampled to measure SOC, a variety of strategies could be evaluated for their performance in estimating SOC in the field.

The researchers found that in a typical Midwestern agricultural field, they can leverage publicly available soil surveys and satellite imagery to efficiently select sample locations. This should reduce the number of samples needed to achieve a given accuracy of SOC quantification by about 28% compared to selecting sampling locations at random.

“Future studies can use these findings both as a benchmark against which to compare new SOC stock estimation strategies and as a demonstration of how to evaluate those strategies,” Potash said.

The research team is currently collecting data from many more fields to test the ability to generalize their findings — as well as to develop further improvements to SOC estimation strategies. Team members are also developing a software tool to make their improved sampling methods available to farmers and researchers.

ASC was jointly established by the Institute for Sustainability, Energy and Environment (iSEE), the College of Agricultural, Consumer and Environmental Sciences (ACES), and the Office of the Vice Chancellor for Research and Innovation at the University of Illinois Urbana-Champaign. NRES and Crop Sciences are in the College of ACES, and the Plant Biology is in the School of Integrative Biology, part of the College of Liberal Arts & Sciences at Illinois.