The Multi-Paddock Grazing Project fits into the iSEE research themes of Water and Land Stewardship and Secure and Sustainable Agriculture. 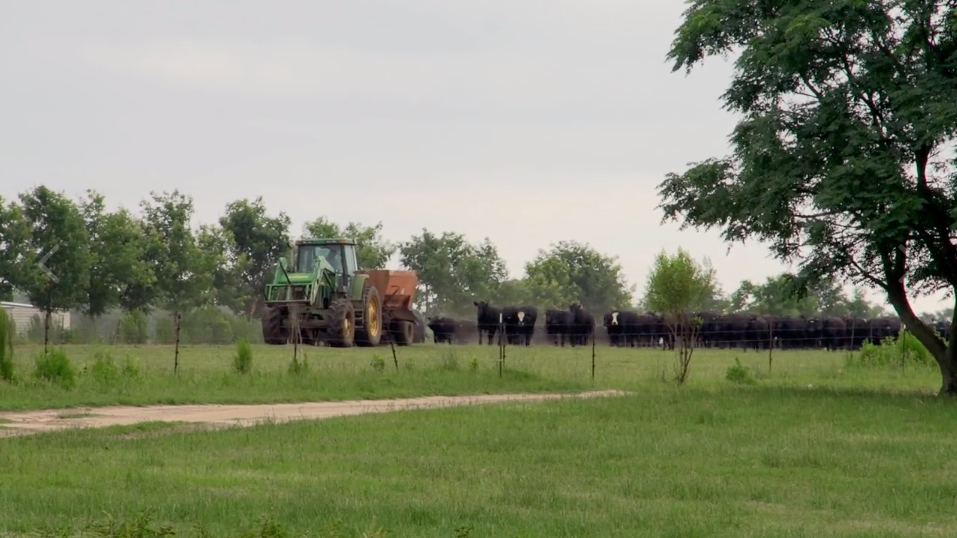 “We will investigate how emerging adaptive multi-paddock grazing management (AMP) that has the potential to increase soil carbon sequestration compared to the ‘business as usual’ continuous grazing (CG) affects the delivery of regulating services — greenhouse gas (GHG) regulation and water use efficiency (WUE) — from grazed pastures used for livestock production. 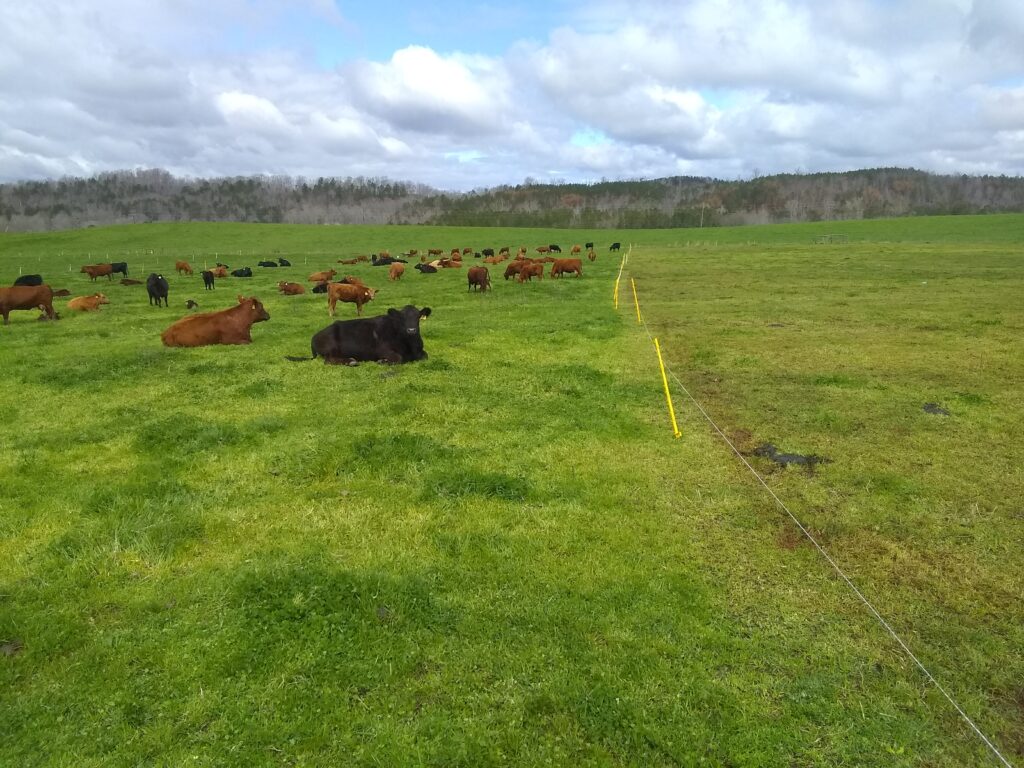 Details of a recently grazed paddock (right) and a paddock that started being grazed (left)a few hours earlier.

From Principal Investigator Nuria Gomez-Casanovas, an update on the project midway through its third funded year:

From Principal Investigator Nuria Gomez-Casanovas, an update on the project midway through its second funded year:

From Principal Investigator Nuria Gomez-Casanovas, an update on the project for which iSEE helped secure funding in Fall 2018: 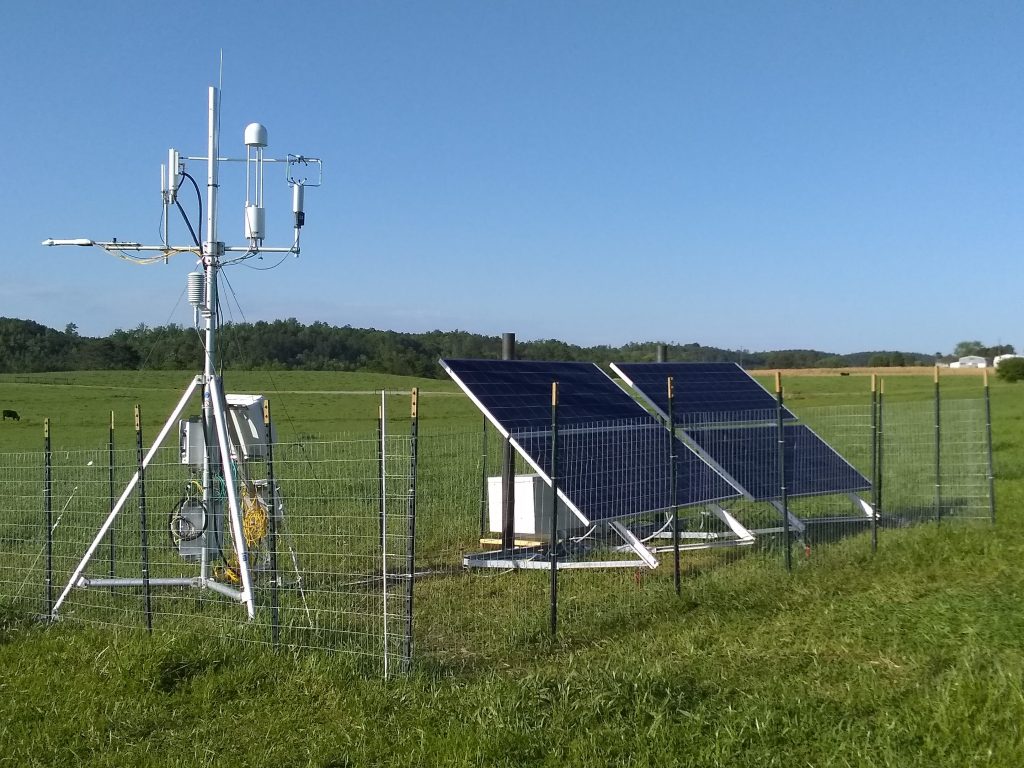 “With global population rising at an unprecedented rate, food production must increase to feed 11 billion people over the next 40 years despite the degradation and loss of ecosystem services due to management intensification and impeding stresses of changes in climate,” she said. “Society needs management strategies that increase food production without damaging the environment. Discoveries from the AMP team hope to play an important role in addressing this challenge.”

The AMP team’s research is conducted in Southeastern U.S. subtropical humid grasslands located in Alabama, a biome that make up to 30% of grasslands globally. In April 2019, the team installed four eddy covariance towers (pictured) in four grasslands, two under AMP management and the other two under CG management.

“Since then we have been measuring the exchange of CO2, CH4 and N2O between these grasslands and the atmosphere with these towers,” Gomez-Casanovas said. “The AMP team also started measuring discrete N2O and CH4 fluxes from soil over two weeks following grazing, and over three days a month after grazing, to capture variability in CH4 and N2O fluxes in response to grazing and climate.”

Samplings for discrete measurements of these GHGs will occur four times a year. Efforts already have begun to couple discrete N2O and CH4 measurements with biogeochemical modeling to obtain annual N2O and CH4 flux estimates from soil from AMP- and CG-managed subtropical pastures. Undergraduate David Wilkerson-Lindsey is helping with fieldwork and data processing, and Undergrad Daniel Parra is helping build a database in grassland biogeochemistry that we will use to calibrate and validate DayCent, a process-based biogeochemical model that we will use to obtain accurate annual N2O and CH4 measurements in soil from subtropical pastures managed under AMP and CG regimes.

“Agriculture is a major user of ground and surface water in the U.S. (80% of U.S. consumption’s water is dedicated to agricultural activities) and an important contributor to nitrogen (N) pollution,” she said. “One of the most dramatic examples of the consequences of poor management of agricultural systems related to water regulation is the Gulf of Mexico dead zone caused by N leaching from agricultural fertilizers.”

As management of agricultural land can profoundly affect the water footprint for food production and water quality, the AMP team added a new research priority in 2019 to elucidate how AMP influences the use of water of pastures to produce forage and how it affects water quality running-off temperate grasslands.

“We will couple annual measurements of nitrate runoff from each treatment as a measure of water quality with H2O loss measured using the eddy covariance technique to understand changes in water-related regulating services in response to management,” Gomez-Casanovas said.

The project has received an additional $135,135 grant (2019-20) from the Arizona State University Foundation and ExxonMobil to continue investigating how AMP and CG impact the delivery of greenhouse gases (GHGs) and water-related regulating services from subtropical humid grasslands.

In addition, the U of I team in collaboration with other researchers on the AMP project at ASU has reached out to other potential funders, she said. 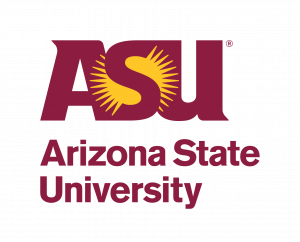 The team will be part of a collaborative effort to study if a new grazing practice can help sequester carbon in soils, thus helping to regulate greenhouse gas emissions — and increase water use efficiency on farmlands. The ASU Foundation received matching $1.25 million grants from the Foundation for Food and Agriculture Research (FFAR) and McDonald’s Corp. for this study. 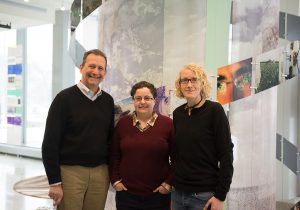 Researchers on the original ASU Project