Running from 2014 to 2019, the Stored Solar Stove Project fit into the iSEE research themes of Energy Transitions and Climate Solutions.

“We are working on the so-called Global Cooking Problem. Three billion people — nearly half the world’s population — still cook using solid fuels and that causes over 4 million deaths per year. That’s more than malaria, tuberculosis, and HIV/AIDS combined.

“Many others are working on this problem, but almost all of them are designing improved combustion stoves. That is, they still burn wood or charcoal or dung, and they still create emissions. We chose to take a more dramatic approach.  We have a technology that cooks without fire, without fuel, and creates no emissions, and it is viable virtually worldwide. Here’s how:

“The earth receives more solar energy every hour than civilization uses in an entire year. And so we want to use some of that free, clean energy.

“But we are developing systems to concentrate, collect, store, and then recover solar thermal energy at high temperatures — near flame temperatures, and that’s key for replacing fire cooking. Another key: Storing the solar heat so you can cook later — and in a different location — is essential. You have to be able to cook at night or even the next day or even several days later for this technology to be widely adopted.

“It also helps that the stored energy can be used for space heating, or for cooling, or for generating electricity to charge phones or provide lighting. We believe that with sufficient R&D investments we can develop systems that can be sold for use by hundreds of millions — maybe billions — of those who currently cook with solid fuel. And we expect this technology to find applications in the developed world as well.”

PI Bruce Elliott-Litchfield reports the following accomplishments during the past year: 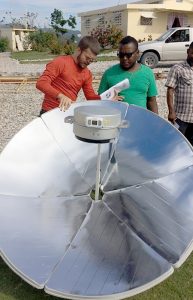 The team reports the following developments from the past year: 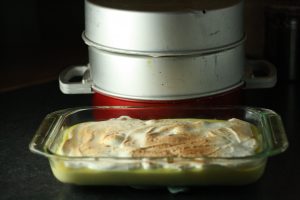 “Sam Lindgren was stellar delivering the pitch, and Joe Bradley expertly joined her for the Q&A,” said Sun Buckets CEO and Stored Solar Stove Project Principal Investigator Bruce Litchfield. “All contributed in various ways, including informal discussions with the investment committee and other attendees during the event in Chicago. We made several new contacts, had great fun, and are looking forward to what’s next.”

Clean Energy Trust funds and grows early stage clean energy startups in the Midwest through direct investment and venture development. According to its news release, since 2011, Clean Energy Trust has invested in 34 startups across the Midwest. Clean Energy Trust Challenge companies have raised an additional $112 million in funding and created more than 300 new jobs. To learn more, visit cleanenergytrust.org. 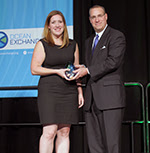 Presented each year at The Ocean Exchange’s Annual Event, this $100,000 award honors an outstanding innovation that demonstrates positive impact on the environment, economies, and health while respecting cultures around the world and has applications across multiple industries. 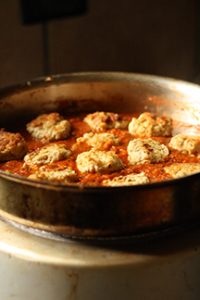 Congratulations to the students who are working on the iSEE-funded Stored Solar Stove Project for earning a $5,000 Best Energy Specific Venture Award at the 2016 Cozad New Venture Competition on campus.
The award, announced April 28, 2016, recognized the team for having the most promising energy-related startup — now known as Sun Buckets Inc.
More on the Cozad Awards can be found on the Technology Entrepreneur Center website.
In addition, congratulations to Stored Solar Stove team member Matthew Alonso, a Ph.D. Candidate in Agricultural and Biological Engineering, who was a finalist and runner-up for the annual Illinois Innovation Prize. 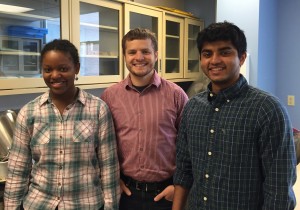 In Spring 2015, Ph.D. graduate student Matthew Alonso and undergraduates Sid Madhulbalan and Blake Banks continued to test candidate materials for storing solar energy. When any material is left in the sun it gets warm — but not warm enough to cook on necessarily. To replicate the feel of cooking over fire (the most dominant type of cooking in developing countries), a solar storage material must gather large amounts of energy from sunlight and then release that energy evenly at high temperature when taken out of the sun and into the home. So far, the team has has the greatest success with certain types of salt blocks. After a summer’s worth of work, the students have been able to achieve a consistent boil time of less than five minutes for 1 liter of water. They’ve also been able to cook meals — their specialty is naan bread — on prototype designs. 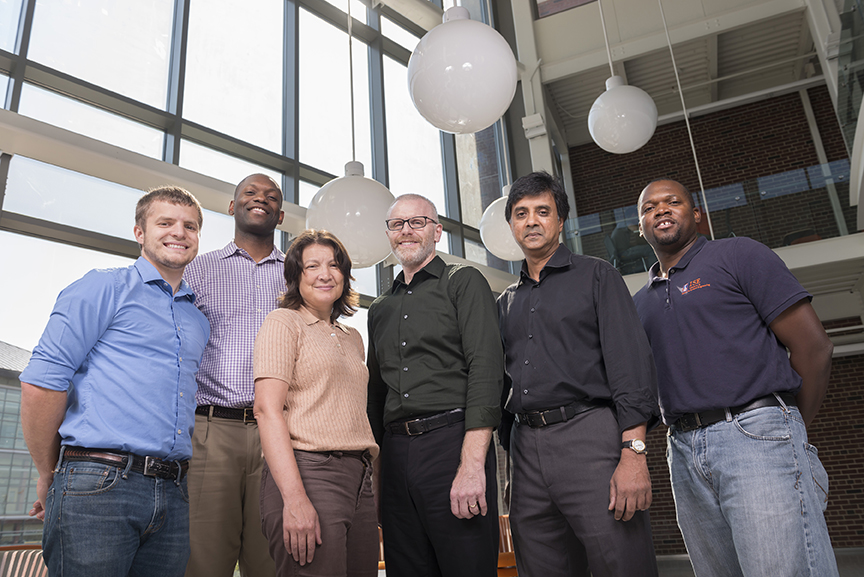 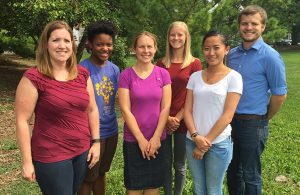