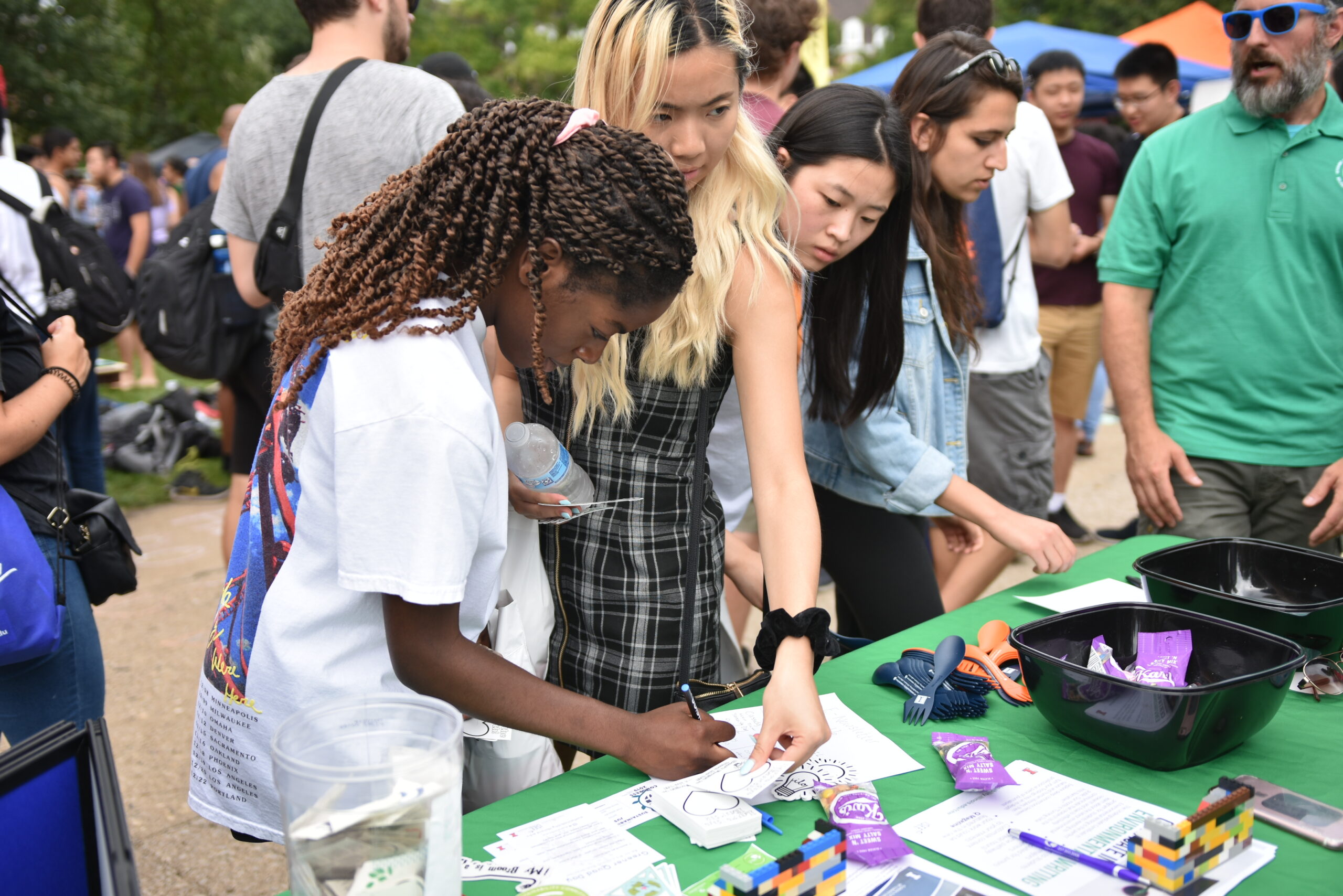 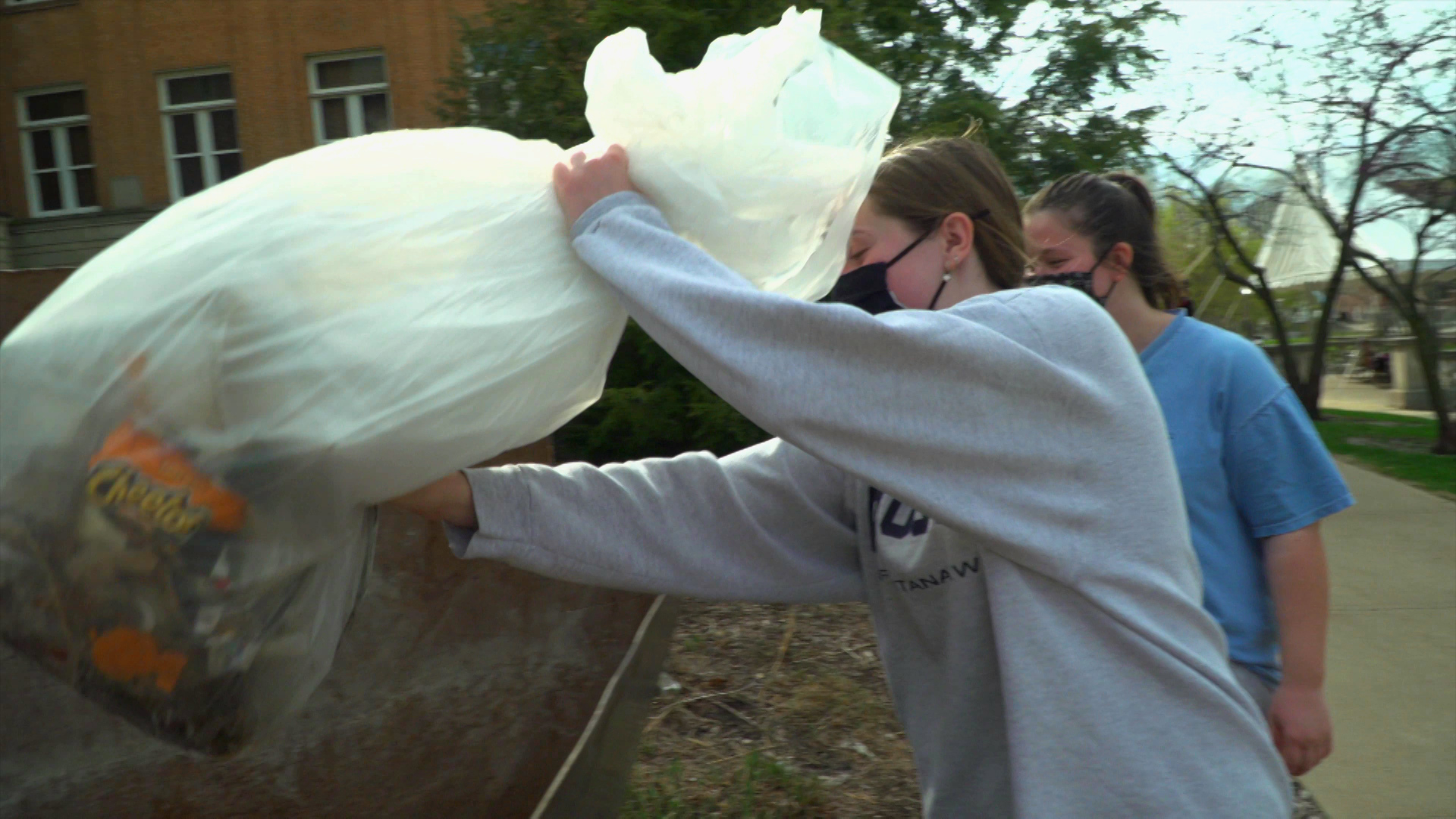 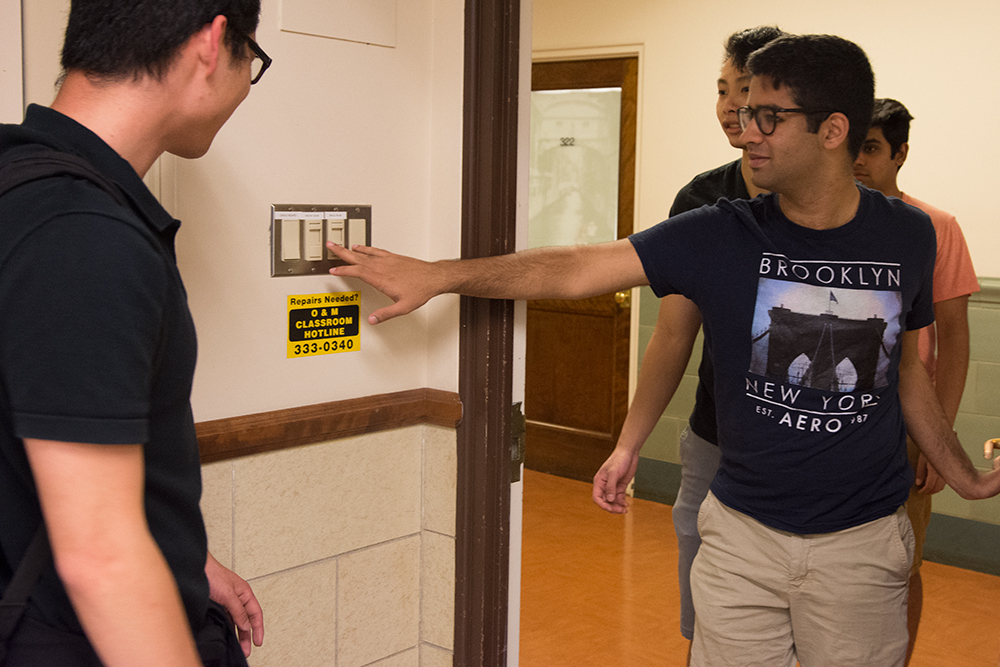 Entering the realm of sustainability can be intimidating due to its fast pace and advanced vocabulary. Even those in the field may find themselves pausing to look up a word or concept from time to time. So, in the spirit of making sustainability as accessible as possible to all audiences, I present “Sustainability 101.”

This list of sustainability terms is, of course, not exhaustive, but I hope that it may open the door for you and facilitate further research into sustainability.

The National Environmental Policy Act of 1969 (NEPA) might have said it best. In this groundbreaking document, the U.S. declared environmental sustainability a national policy “to create and maintain conditions under which humans and nature can exist in productive harmony, that permit fulfilling the social, economic and other requirements of present and future generations.” In other words, sustainability is a way of living that achieves social, economic, and other goals without compromising the present or future health of humans or the environment. There are many variations of this definition, some more generalized or more specific, but the key point is to thrive in all sectors of life without jeopardizing any being or resource.

iSEE’s simplified definition: Sustainability is meeting the needs of the present without compromising the ability of future generations to meet their own needs.

It is ingrained in us from elementary school that plants “breathe” by taking in carbon dioxide and releasing oxygen. What isn’t so obvious from this description is that plants convert that CO2 gas into solid, dissolved, and storable forms. Carbon sequestration is the process by which plants capture and store carbon dioxide. In fact, 25% of global CO2 emissions are captured by forests and grasslands. That is why planting trees can be utilized as a carbon credit: By planting, say, 100 trees, a company can break even with 1 unit of emissions.

Carbon credits, also called carbon offsets, are a currency to buy and trade greenhouse gas emissions. Take a simplified example: If Company A is legally permitted to emit only 100 units of carbon dioxide per year, but it actually emits 150 units, then it has two options (aside from actually decreasing emissions).  Company A can purchase carbon offsets from Company B, which is permitted to emit 100 units of carbon dioxide, but only actually emits 50 units, meaning Company B has credit to sell. Alternatively, Company A can perform actions that earn carbon credits like planting trees. The former is also known as cap-and-trade, as there is an ultimate cap to emissions, and companies can trade however they wish within that cap. In the context of the former, the Arbor Day Foundation defines carbon credits as “a quantified environmental benefit that is designed to compensate for impacts to habitat, environmental functions, or ecosystem services.” The University of Illinois utilizes carbon credits. This Forbes article provides a brief history of carbon credits, starting with the 1997 Kyoto Protocol.

Being carbon neutral is a facet of producing net-zero emissions. If something gives off net-zero emissions, that means that it releases no more greenhouse gasses than it removes from the environment — this goes for methane, nitrous oxide, and carbon dioxide, among others. The University of Illinois Urbana-Champaign’s Illinois Climate Action Plan (iCAP) 2020 has set a goal to be net-zero as soon as possible and by 2050 at the latest.

Dr. Benjamin Chavis coined the term, but Robert Bullard was the first to thoroughly define it in his 1990 book, Dumping in Dixie: Race, Class, and Environmental Quality, as “any policy, practice or directive that differentially affects or disadvantages (where intended or unintended) individuals, groups or communities based on race.” An example of environmental racism is Cancer Alley, one of the most polluted places in America. Eighty-five miles of the Mississippi River in Southern Louisiana are littered with factories and refineries, leading to absurd cancer rates in the adjacent communities, which are predominantly Black.

This term was coined 30 years ago. It describes how race, class, gender, and other characteristics all intersect with one another in inextricable ways. In the context of environmentalism, intersectionality means recognizing less-conventional ideas like communities of color are disproportionately affected by the effects of climate change, climate change affects one’s mental health, and we must approach climate change holistically and equitably. Intersectional Environmentalist is a great resource for learning more about the multifaceted nature of environmentalism.

With environmental racism and intersectionality comes environmental justice. It is a social movement focusing, among other topics, on the fair distribution of environmental benefits and burdens. Nonprofit Green Action outlines 17 principles of environmental justice, notably that it demands “the right to participate as equal partners at every level of decision-making” and “that public policy be based on mutual respect and justice for all peoples, free from any form of discrimination or bias.”

The Green New Deal, named after FDR’s Depression-era New Deal, has become a buzzword since its introduction in 2018. Although nearly everyone is familiar to some degree with the concept of the Green New Deal, it doesn’t actually exist yet, as of July 2021. However, you can find the basics of it in U.S. Rep. Alexandria Ocasio-Cortez’s 2019 resolution and on U.S. Sen. Bernie Sanders’s website. Some goals include reaching net-zero greenhouse gas emissions by 2030, creating 20 million jobs via programs reminiscent of FDR’s, and investing in bountiful equitable and sustainable infrastructure.

Lauren Singer broke headlines when she utilized a single mason jar to hold one year’s worth of trash. Though what Lauren did is incredible, she may have inadvertently given the zero-waste movement a bad rep. Perhaps a more fitting name would be the “reduced-waste movement,” as the ultimate goal is not necessarily to be like Lauren, but to be cognizant of and subsequently reduce your waste. This may manifest as opting for a metal straw over a plastic one, reusing glass jars instead of recycling them, or composting food scraps. An entire chapter of iCAP 2020 is dedicated to Zero Waste — one of the goals being to decrease University landfill waste by 10% by 2024.

Economics is certainly an intimidating field, but circle economics can be boiled down as simply as, “We use resources sparingly and recycle endlessly.” Our current economic model is the linear model, in which we extract resources, use them once or twice, and then dispose of them. This is inherently unsustainable, as resources are finite. So, circle economics is all about commoditizing waste and incentivizing recycling and fixing products, as opposed to always throwing out “valueless” items. The Ellen MacArthur Foundation provides tons of resources on understanding the semantics of circle economies, as well as resources for teachers, business owners, and policymakers hoping to incorporate circle economies into their lives.

Also referred to as clean energy, renewable energy is constantly replenished (like wind or sunlight); no matter how much is used, it will never run out. There is a misconception that wind and solar are less reliable than fossil fuels because they are only available on sunny or windy days. This is not true. The Union of Concerned Scientists asserts that renewable energy is reliable, and the US could generate 80% of its overall electricity from renewable sources by 2050.

Greenwashing is when an organization utilizes disinformation to create an environmentally-friendly or “green” image. An example is Chevron’s 1980s-era commercials of their employees existing harmoniously with nature while the company violated numerous environmental laws. Check out this op-ed from our Q Magazine for more on greenwashing.

As the name alludes, biodiversity refers to the wide array of organisms within a particular area. One can reference biodiversity on multiple scales, whether it be on the global, national, state, or singular ecosystem scale. Biodiversity has innate value, but contrary to some beliefs, it also has utilitarian value. It provides integral ecosystem services like pollination, nutrient cycling, water purification, and countless other aspects of the natural and functional world. The U of I is developing an urban biodiversity master plan.

The Center for Climate and Energy Solutions (C2ES) defines climate resilience as “the ability to anticipate, prepare for, and respond to hazardous events, trends, or disturbances related to climate.” Check out this video from a U of I grad to hear her take on climate resilience. Because it is increasingly important in the face of climate change, the iCAP 2020 has an entire chapter dedicated to resiliency.

Leadership in Energy and Environmental Design (LEED) provides a framework for buildings, ranging from office buildings to homes, to become more energy-efficient. Depending on how many “points” the edifice achieves — done by utilizing energy-efficient infrastructure like lightbulbs and HVAC systems — it can earn a regular, Silver, Gold, or Platinum certification. Several campus buildings have attained LEED certification, including the Ikenberry Dining Hall (Silver), the Natural History Building (Gold), and Lincoln Hall (Platinum).