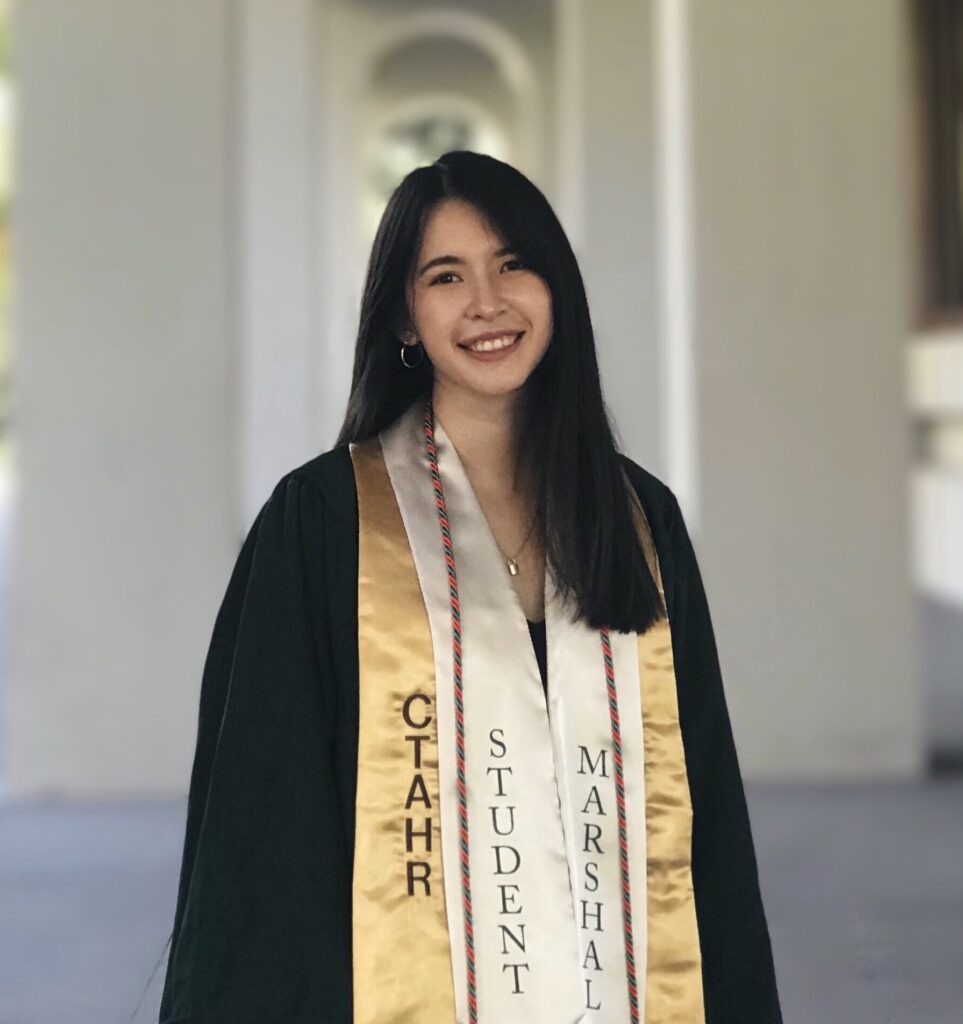 Thanks to the work of Sabrina Summers and her University of Illinois research teammates, you might be able to power your car with your dinner leftovers someday.

Before coming to the Midwest, Summers grew up in Honolulu, Hawaii, and earned two undergraduate degrees from the University of Hawaii at Manoa — one in Biological Engineering and the other in Chemistry. During her undergrad years, Summers did biomass conversion research at the Hawaii Natural Energy Institute. She was drawn more than 4,000 miles to Urbana-Champaign because of the research programs here; E-E FEWS is all about biomass — specifically in the form of food waste.

The HTL reactor puts biowaste solids through high-heat and high-pressure conditions, essentially mimicking the natural geologic conditions that create petroleum. Here’s the catch: Instead of taking millions of years, this oil is ready in hours or even minutes. The biocrude oil is then processed further and used as a fossil fuel substitute.

“We take food waste, we convert it into a bio-oil, and then we turn that into transportation fuel like diesel and jet fuel,” Summers said. “That circular paradigm of waste to energy can be applicable to a lot of parts of society.”

Summers’s work is specifically focused on the latter half of the process: refining the biocrude oil. Before this technology can be implemented on a larger scale, more efficient ways to manage the wastewater and remove contaminants need to be found. Once scientists master this step, E-E FEWS has great potential to put climate change-curbing technology in everybody’s hands. 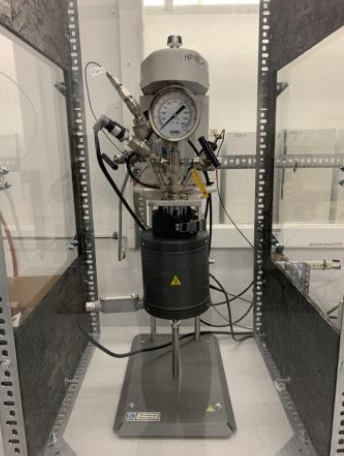 “Getting large amounts of funding from the DOE and Army Corps can help us address more specific questions and bigger scopes of work,” Summers said. “But smaller groups like the SSC are also important: Being able to advance campus initiatives can help us identify with more of the local stakeholders, who may not necessarily relate with the larger funding sources.”

“We will reduce waste on campus and also produce energy to power campus. In doing this, we’ve created pilot-scale technology to be applied to the regional area. Then, these results can be applied on a national level,” Summers said. “The ultimate goal is for the pilot-scale technology to be placed in different areas so that we have more local energy producers within the bigger energy network.”

E-E FEWS operations take place at three campus locations. One lab, responsible for the refining processes, is in the ABE Building on the South Quad. The pilot reactor that performs the HTL process is at the South Farms. And another refining lab is on the South Farms, too.

Team members plan to host community engagement activities in the future because, of course, what good is green innovation if no one knows about it? 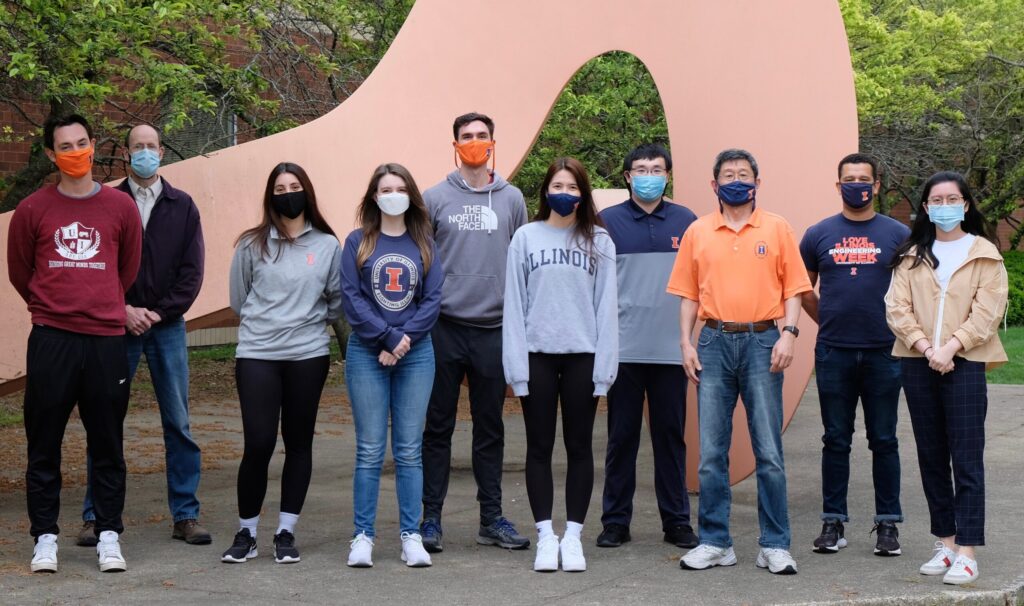 “We’re planning to present these results as extension activities to engage local community members here and teach them about the value of these energy systems and how it could benefit them,” Summers said.

E-E FEWS also collaborates with organizations beyond the University of Illinois campus, like Princeton University, Cal POLY, Pacific Northwest National Lab, and private Californian firm MicroBio Engineering, all striving toward waste-to-energy goals that will put green technology in the hands of everyday people.

After she completes her Ph.D., Summers will continue research work in the bioenergy field, likely at a national lab, pursuing the passion she’s always had.

“Growing up on an island, I learned early about our dependence on imported products, especially fuel,” she said. “I became really interested in sustainability and fossil fuels. I knew I wanted to study renewable energy.”