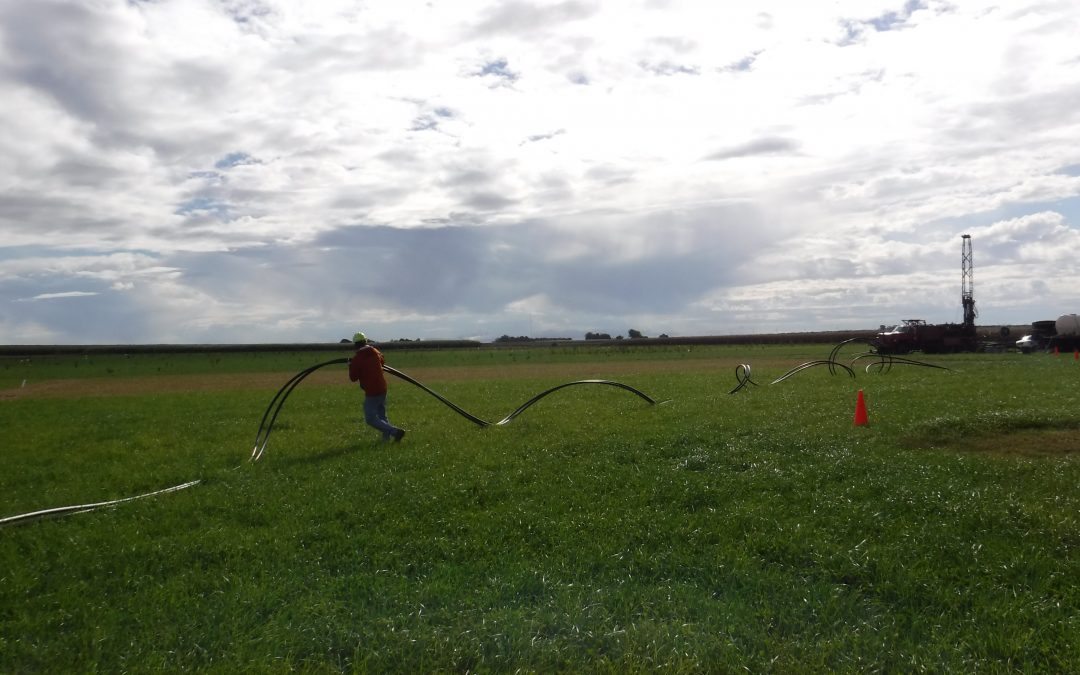 EDITOR’S NOTE: This is is the second installment of a three-part series on geothermal at the University of Illinois at Urbana-Champaign. In this installment, we explore the geothermal research conducted at Illinois. Part 1 takes a deep dive into the science of geothermal and its relationship with the University, and Part 3 will focus on areas of campus using or planning to use the renewable energy. 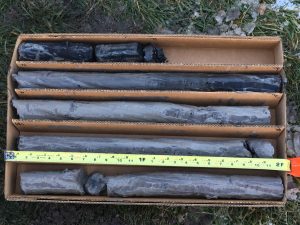 For being one of Earth’s most naturally occurring resources, geothermal energy is also one of the most difficult to access and develop. But researchers at the University of Illinois at Urbana-Champaign are up for the challenge. They’re leveraging their geological and engineering expertise to identify potential drilling sites on campus and to embrace the opportunity to use geothermal energy for heating and cooling buildings in a big way.

Much like other geothermal energy technologies, non-electricity-generating geothermal exchange is a low-carbon and renewable energy resource that uses the Earth’s natural heat to reduce the use of fossil fuels — though development of this energy resource is not without its challenges. Adaption of systems to tap low-
temperature geological sources still has a great potential, especially in the U.S. Midwest, where geothermal energy hasn’t historically been commercialized. But the largest hurdle to advancing the use of geothermal energy — even available at the
shallowest depths — is the cost to drill. 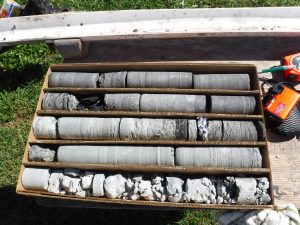 Several studies in their early phase are underway to uncover the subsurface’s energy potential.  For example: Geoscientists and geo-engineers are investigating what materials are underground to determine how deep to drill, what the temperature is at any given depth, how many boreholes are necessary to fulfill the required energy load, and — after all that — if this knowledge obtained locally can be extrapolated to other prospective sites in the region.

Without an accurate assessment of underground conditions, designers of geothermal systems often over-build energy systems and install more boreholes than are required, making the endeavor costlier. Illinois researchers are working collaboratively to identify strategies for minimizing the cost and maximizing the efficiency of these systems.

The potential key to solving the subterranean puzzle? Geology.

“We have geological experience to crack the code,” said Illinois Water Resources Center Director Yu-Feng Forrest Lin, adding that Illinois has the geoscience and engineering expertise and favorable subsurface geology to make it work. “That’s our advantage from other institutions. Geoscientists don’t typically study the thermal properties of rock formations, and design and mechanical engineers don’t study geology, so you can see the gap in knowledge.”

It makes sense that geology and geothermal energy go hand in hand — emerging discipline known as thermogeology — before tapping into the subsurface energy source, it’s necessary to thoroughly characterize the complexity underground.

At the U of I, exploring green renewable energy sources is aligned with the University administration’s goal of becoming carbon neutral by 2050, which is outlined in the Illinois Climate Action Plan. But geothermal energy isn’t just a new development. Interdisciplinary teams of engineers, architects, hydrologists, geologists, and geothermal scientists have conducted extensive research into geothermal viability on campus for years. 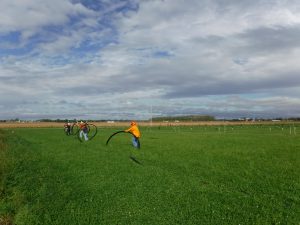 Looking back: Geothermal through the Years

The University’s first coordinated research project into geothermal exchange on campus took place at the Energy Farm on the South Farms in 2016. Funded by the Student Sustainability Committee (SSC), researchers established a geothermal research station and began a program of feasibility testing, designed to illuminate the geological and hydrogeological complexity in the subsurface. Combining geological and geophysical data acquisition with underground temperature profiling using fiber-optic cables and a distributed temperature sensing (DTS) system allowed Illinois researchers to quantify the amount of thermal energy available for heating and cooling.

“The result was extremely important,” Lin said of this internationally acclaimed study. “We showed in detail that the subsurface shouldn’t be considered homogeneous.”

In other words, the thermogeology is more complicated (and less predictable) than often recognized. This important study has laid the groundwork for future geothermal research at the university. The geothermal research station is a “hot spot” for collaborative research — a “living laboratory” currently serving as a hands-on classroom for faculty and students from across campus. 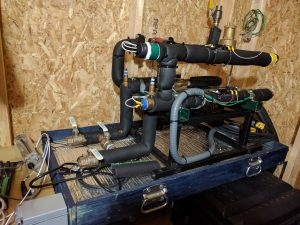 Upon establishing the geothermal research station, a trio of graduate and undergraduate students from various departments on the Illinois campus built a prototype for a specialized piece of equipment used to measure heat flow in the ground. The student team, with technical assistance from the Illinois State Geological Survey, fabricated a Thermal Response Test (TRT) system, a device used widely in the ground source heat pump industry. Inspired by an earlier collaboration with the University of Wisconsin at Madison when their TRT was used at the geothermal research station, this second-generation TRT system built at the University of Illinois combines advanced instrumentation and sensors that allow continuous readings of heat and water flow. Data collected is being used to model the thermal dynamics in geothermal boreholes and borefields.

Leveraging these technical and analytical capabilities has allowed Illinois researchers to propose new geothermal projects on campus, including the installation of geothermal systems for heating and cooling greenhouses, hydronic radiant heating systems in student and classroom buildings and further testing and characterization of the underground, results that can be applied to extreme environments and challenging site conditions. Seeing the value of this research, the Grainger College of Engineering sought their expertise in helping design and monitor the first large district-scale geothermal exchange system on the Urbana-Champaign campus at the Bardeen Quad.

What does the future hold?

In late 2019, the first geothermal energy system is being built for the Grainger College of Engineering’s Campus Instructional Facility (CIF) adjacent to the Bardeen Quad. The final design of the system was perfected by detailed data collected by Prairie Research Institute Geologist Andrew Stumpf’s team beginning in late 2018 during field and laboratory tests for a monitoring well located adjacent to the proposed borefield.

It’s an exciting time to be interested in geothermal energy at the University of Illinois. As the cycle program of collaboration and innovation continues across campus and the researchers further develop the holistic understanding of the subsurface, geothermal energy is becoming more cost-effective and feasible on a larger scale.

Check out the next installment of iSEE’s Geothermal Series to learn more about upcoming geothermal energy projects on campus.