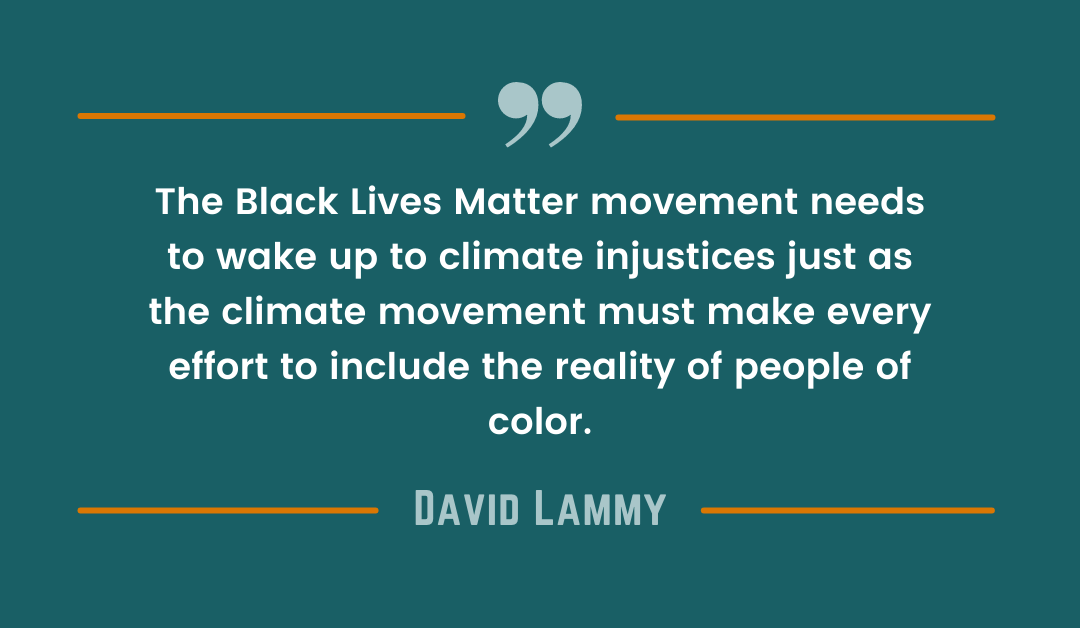 Feb. 25, 2021, marked iSEE’s first of many planned TED Talk: Eco-Edition events. The public Zoom meeting was hosted by Leah Courtney, a sophomore minoring in the Sustainability, Energy, and Environment Fellows Program and a student member of the Zero Waste Sustainability Working Advisory Team.

Lammy’s impassioned nine-minute speech outlines why racial justice has long been ignored in the realm of environmentalism, why climate action has long been dormant in minority communities, why both of these phenomena are dangerous, and finally, how to approach tackling climate and racial justice as interlocking issues. 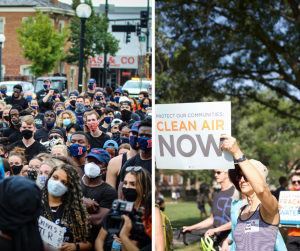 Racism and environmental degradation are inextricably related, and they always have been: “The exploitation of our planet’s natural resources has always been tied to the exploitation of people of color. The logic of colonization was to extract valuable resources from our planet through force, paying no attention to its secondary effects. The climate crisis is in a way colonialism’s natural conclusion.”

So, what are the solutions to the singular but multifaceted issue of environmental injustice? According to Lammy, they are threefold. First, we must recognize that the climate movement is about protecting the planet and the people who live here. Second, we need more Black leaders — at the global, national, and local levels. Third, we must reckon that Black lives do matter, and all lives are equal. You can view Lammy’s speech in its entirety here, or by scrolling to the end of this post.

The subsequent breakout rooms allowed participants to digest Lammy’s words, and optionally answer questions posed by Courtney. Some of these prompts included: Do you feel there is a privilege in being able to look at the issues of climate change and social justice separately?; How might greenwashing emphasize inequalities?; Should climate change concern everyone equally? Finally, everyone reconvened to consider closing thoughts.

What was particularly special about this TED Talk event was the active participation from our diverse group of participants. It was humbling to participate in such a collaborative and respectful discussion, despite all of our differences. The willingness of the participants to conduct an engaging conversation highlighting actionable solutions to the disconnect between social and environmental justice — even within the constraints of the Zoom format – was nothing short of inspiring. This iSEE event, in my opinion, is exactly what universities and communities need nationwide: an open, safe space to discuss sensitive topics like systemic climate and racial issues. Though the solutions to climate and racial injustices are hefty, they begin with productive, albeit small, conversations.

It was clear that the participants would have liked to continue discussing at the end of the hour. There were no sustained pauses or awkward Zoom silences, but constant and novel dialogue all evening. And here’s the thing: These conversations must continue outside the safe space that iSEE provided. To adequately address and actively combat environmental racism on our campuses, in our communities, and in our country, we must be willing to engage with sensitive material. Therefore, I urge you to carry eye-opening experiences like this with you. To all my activists — environmentally and racially motivated alike — it’s time to let our voices be heard. Though it’s easy to feel small against huge, systemic obstacles, we absolutely have the power to combat them, but only if we try.

In the words of Lammy: “Now is the time for Black and climate movements to come together unequivocally and say, ‘We can’t breathe.’ ”

And SAVE THE DATE for our next talk on April 29!