Worms & More: All about Composting 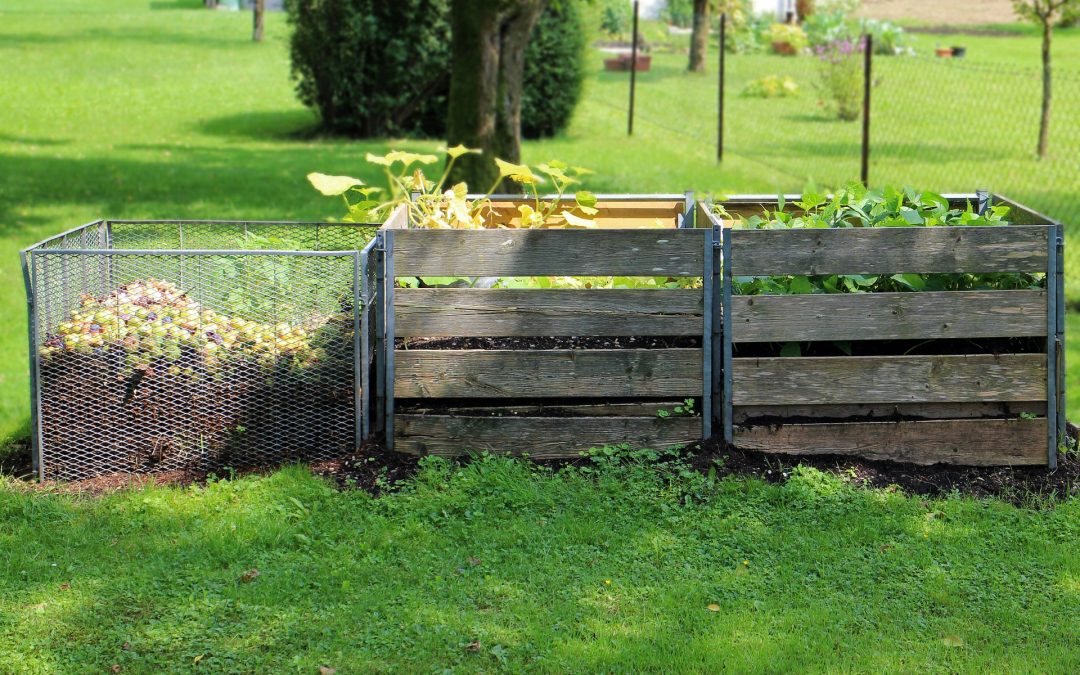 Composting is the process of organic matter (things that were once living) breaking down into nutrient-rich soil.

Compost can consist of yard scraps — like twigs, leaves, and clippings — or food scraps — like coffee grounds, eggshells, and banana peels. Essentially anything from your kitchen except for meat and dairy products can be dedicated to the composter. With the help of bacteria and worms, these products become humus — or “black gold” as gardeners call it, since it is so nutritious for plants.

The composting process occurs in nature constantly: a tree dies, its carbon-rich body decomposes and becomes integrated with the soil, and the next generation of plants and fungi feast on the nutrients it left behind. However, we shatter this circle of nourishment when we send our food and yard scraps to landfills instead of replenishing the soil that they came from.

Composting is a way to replicate this essential mechanism.

Why is composting important?

Doesn’t the food I throw away just decompose in the landfill anyway? 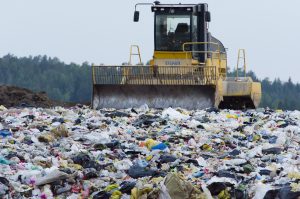 Landfills are packed down tightly with bulldozers to maximize the capacity of the space. Such a tight squeeze inhibits the flow of oxygen, which is essential to the decomposing process. The fact that waste is confined to plastic trash bags further exacerbates this anaerobic environment. Landfills also lack soil to house microorganisms like bacteria, which are one of the main drivers of decomposition.

Without oxygen and bacteria, landfills just sit there; they do not decompose. That’s why you can dig up legible newspapers and near-fresh containers of guacamole that are more than 50 years old.

Not only does landfill-food sit for years, but it emits methane — a detrimental greenhouse gas (GHG). In fact, methane’s effect on the atmosphere is 21 times greater than carbon dioxide’s. And we throw away a lot of food: about a quarter of all waste sent to landfills consists of yard clippings and food waste. In summary, food waste conquers landfill space — which is quickly running out — and leads to copious methane emissions. Furthermore, shipping waste to domestic and foreign landfills is expensive — and that transportation contributes greatly to GHG emissions as well. 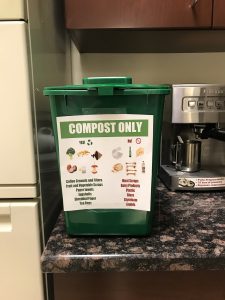 A recent SSC-funded project provided compost receptacles to offices in the National Soybean Research Center, including iSEE (pictured). These will collect compostable food scraps and paper products — and will ultimately contribute to a large outdoor tumbler.

Composting is the No. 1 method to divert food waste from landfills and avoid these issues altogether.

“Food scraps just take up such a large chunk of waste that can be diverted,” said Courtney Kwong, Recycling Coordinator for the City of Urbana.

The benefits of composting are endless, both in environmental and human contexts:

Some cities have begun to recognize the benefits of composting to community health. Portland, San Francisco, and Seattle have implemented mandatory municipal composting systems in the past decade. In such a program, the city picks up curbside compost along with trash and recycling.

“Municipal composting is beneficial to the community,” Kwong said. “It can provide more jobs. We need folks to process the material, drivers to pick up the scraps, and educators.”

Such a program has yet to take off in the Urbana-Champaign area, due primarily to lack of infrastructure and funding.

How Can I Compost?

Many believe that composting isn’t possible without a garden, but anyone can compost! There are various methodologies, depending on your living situation, what type of material you want to compost, and how much you want to compost. The two most common techniques are using a tumbler or a vermicomposter. 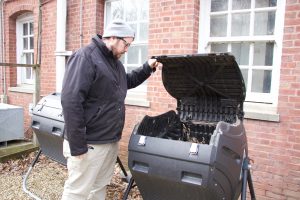 Micah Putman, Facility Operations Specialist at Allerton Park, shows off one of their composting tumblers. Allerton Park composts garden scraps, and the operations team there hopes to implement kitchen composting, too.

A compost tumbler is essentially an enclosed barrel on an axle, so you can turn it. This facilitates aeration and prevents the matter from clumping together inside the bin. To have healthy, balanced compost, you must have a good mixture of carbon and nitrogen. Nitrogen, referred to as “green” material, comes from vegetable and fruit scraps from the kitchen. Carbon, “brown” material, comes from sawdust, newspaper clippings, and trimmings from dead plants. With a proper mixture of greens and browns, water to keep it moist, and periodic turning, you will have some yummy compost in just a few weeks!

A vermicomposter — less flatteringly called a worm bin — is great for folks without access to outdoor space. This composting system is contained in a stationary rectangular bin, and it can be kept indoors or on a porch — wherever it is 55 to 75 degrees Fahrenheit. Too hot or too cold, and the worms will die. You simply start with newspaper clippings and worms and begin adding food scraps. You must stir and water the mix regularly, and the humus will be ready for harvest in just a few weeks.

Looking to the Future

Composting is not nearly as difficult or smelly as one would imagine. Contrary to common belief, you need neither a sophisticated system nor a garden to compost. Rather, it is something small that everyone can do to divert just a little waste from our landfills.

Continue to follow this story as iSEE highlights what local entities are doing to start this dialogue — and stay tuned for composting efforts in iSEE’s own backyard!