Meet Stuti Shrivastava: For Plants, It Might be All in the Genes 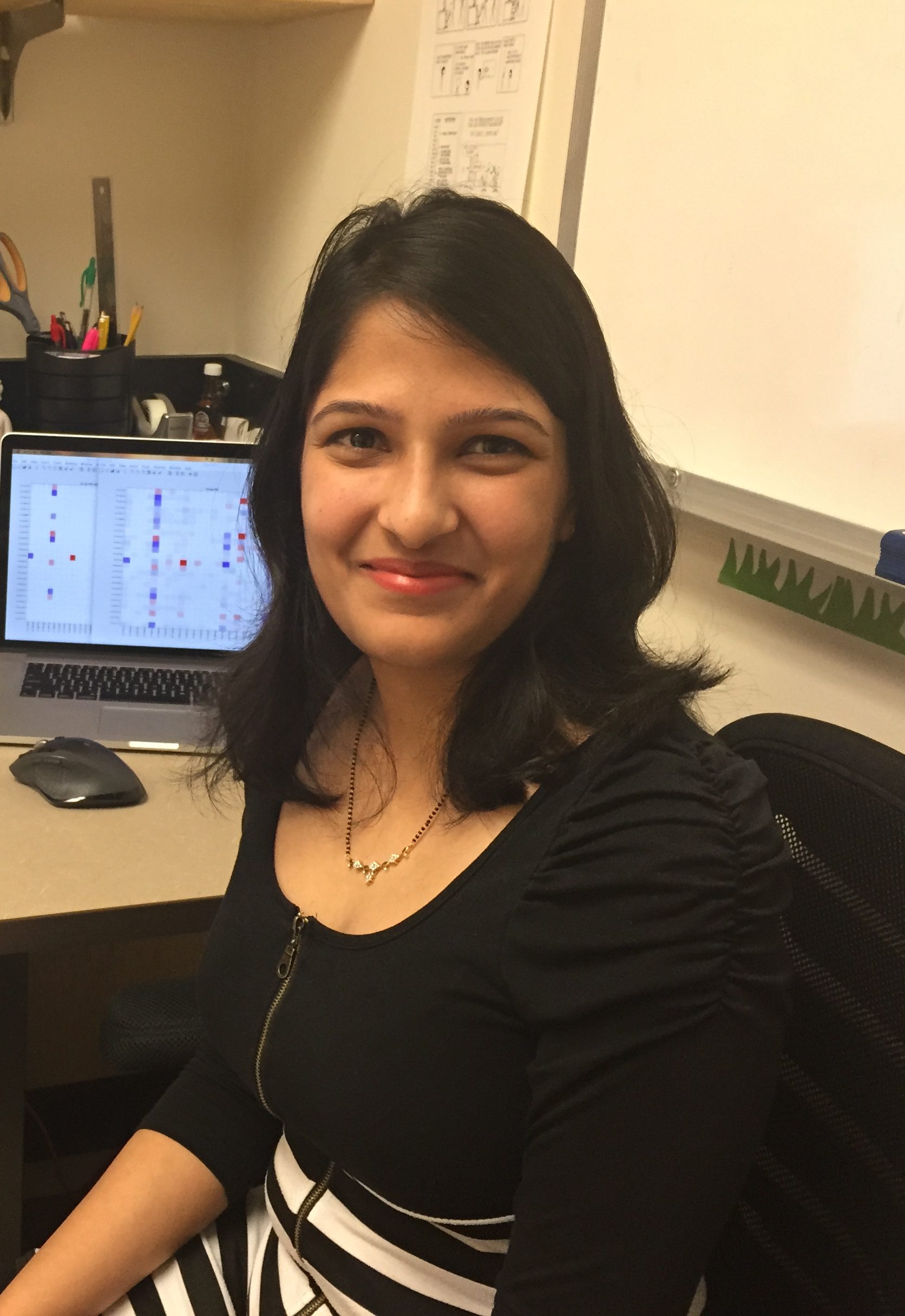 Stuti Shrivastava is a Ph.D. Candidate in the Department of Plant Biology, and alongside more than 20 student and faculty researchers at the University of Illinois, she is working to create crops in silico — computer modeling that will accurately predict plant responses to environmental changes.

In a world where climate change already affects many people’s ability to grow food globally, a detailed computer model that analyzes the nutritional and growing condition needs of crops may help scientists breed and genetically modify new crops better suited to altered climates. To achieve this computerized vision of plants, several Illinois departments — including Chemistry, Biomolecular Engineering, Crop Sciences, and Plant Biology —  are examining the different levels at which a plant reacts to the conditions of its environment: the atomic and protein level, the interactions between genes and proteins, whole systems within the plant, and finally, the whole plant within its environment.

The overall goal is to tell the story of adaptation inside the plant from the time its surroundings change, Stuti says. As a member of the Amy Marshall-Colón Lab, she studies the second-level step: how the presence (or lack) of a nutrient turns genes on and off in plant cells — called gene expression.

Genes dictate the life-giving chemical operations within plant cells. What Stuti and her team want to know is how the gene expression switch gets flipped from off to on (or vice versa) as environment changes.

For example, think of a plant growing in ideal conditions that suddenly has its water supply cut off, she said.

“The plant is going to respond accordingly to drought and send out signals to say to its cells, ‘We are in a state of drought, and we need to respond so that we survive and hope for the drought period to end,’ ” she said. By observing patterns between the environmental conditions and gene expression levels, she’ll identify the “first responders” that tell the plant to (continuing the example) curl up its leaves to save itself from drying out.

Gene expression data is measured in snapshots of chemical markers present in a plant at a given time point.

“You know what’s happening exactly at that time point, but you don’t know how that system is responding before or after that particular time point. You have to collect samples at close time points to actually look at (a trend),” she said.

Just like a stop-motion movie or sketched flipbook, the more images you have to run together, the smoother the image or data trend appears. Stuti works with gene expression data from an existing publication (Krouk et al. (2010)) amassed for a study of gene behavior in response to nitrogen, a vital plant nutrient. The readings were taken quite close together at three-, six-, and nine-minute intervals from the time experimental conditions were initiated, and captured the chemical reactions right from the start.

“How are the genes responding?” she asks of her data. “Are they being regulated in such a way that some genes turn on, perform their regulatory reaction, and then shut down, or do they have a continuous expression in the background? What is the backstory behind them?”

The large amount of data available — and the varied ways to analyze it — fascinates her.

“You can take that data and analyze it in one way and get some results and then reanalyze your data using some other methods and you’ll still get meaningful outputs,” she said. “There’s so much complexity in biology: Not only humans but in plants and fungi and bacteria … everything is so complex. We are trying to understand the whole processes and pathways behind these interactions. There is always some new idea coming up that you think is interesting and you should explore further.”

At the end of the day, Stuti wants to “do something important enough that helps everybody grow.”

“My parents are doctors,” she said, “I’ve seen them dedicate their lives to the field of medicine. They are treating patients, and it is their way of making a change in the world. I’m still going to make an impact and change the world in some positive way. Research is my way of doing that. The end goal is helping people,” she said.

Stuti’s childhood home is Lucknow, India. She earned a Bachelor’s degree in Biotechnology from the Flinders University of South Australia in 2009 and an M.S. in Biology from New York University before coming to Illinois.

She feels she owes her interest in the intersection of life and computational biology studies to her 11th-grade teacher, Dr. Anjulika Joshi.

“She took real pains to teach this new field to the class (and) to make sure that we would understand each and every basic detail and from there on I got interested in this field. I felt that this is exactly what I wanted to do. Actually every time I move one step forward in my life, I send her an email or talk to her to let her know what I’m doing now and to say thank you,” Stuti said.