Illini Grove: An Institution Since 1868 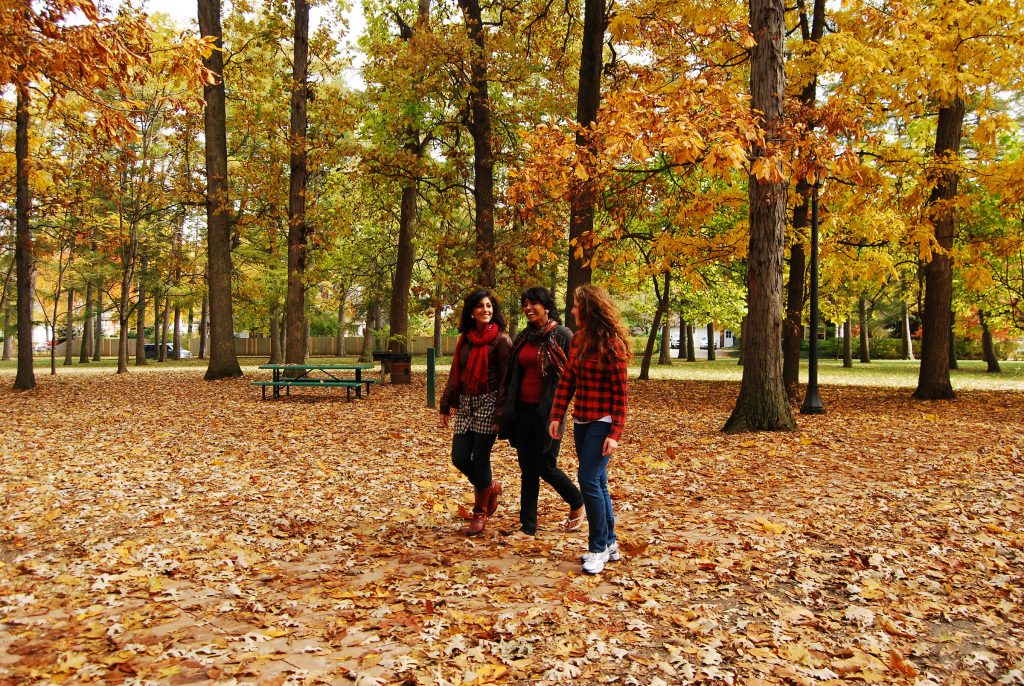 Tucked away between bustling Lincoln Avenue and Illinois’ agricultural campus lies a stretch of wooded park known as the Illini Grove. With its tall, shady trees, picnic tables, and dense carpet of leaves, the Grove is a little oasis at the edge of campus. For generations, Illinois students have hosted cookouts, exercised, and relaxed in the shadow of the oaks, pines, and hickories. Today, it’s managed by Campus Recreation as an entertainment space, but the roots lie deep in campus’ research history.

Older than the University’s prized Morrow Plots, North America’s oldest crop research field, the Illini Grove dates back to the first years of University instruction. On Nov. 18, 1868, a year after Illinois Industrial University first opened, the Committee of Horticulture proposed an idea for a plantation of trees to the Board of Trustees, pitching the thought that the state of Illinois could become a dominant manufacturer of timber.

Arguing that the addition of a forestry crop would allow Illinois to participate in new industries while becoming self sufficient, Committee members ultimately hoped to increase market competition with neighboring timber exporters such as Michigan, Wisconsin, Indiana, and Minnesota. Above all else, the Committee wished to  “add to Illinois’ rural industry an importance that the most sanguine have not heretofore dreamed of.”

With thumbs green for trees and eyes aimed on prosperity, the Committee explained the significance of utility, that is: “what is of paramount importance at this time to the whole people of the state, is the planting of forest trees for useful purposes.”

Members insisted that the high demand for timber would reap the most valuable results. Forestry, if implemented correctly, would someday serve as timber for railroad ties, culverts, cars, roadways, buildings, fencing, vineyard stakes and much more.

As the University struggled with whether to define Illinois Industrial as a liberal arts or industrial academic climate, the forestry research project sought middle ground: both to the cultivators of soil and to the mechanic, in which they have mutual interest.

In 1869, the state legislature allocated $1,000 — the equivalent of at least $17,000 today — to the experimental forest tree plantation, and the first plantings commenced the next year.

At the head of the project? Thomas Jonathan Burrill — namesake of today’s Burrill Hall — a botany and horticulture professor hired in 1870. Burrill and his assistant prepared the land for planting and research. 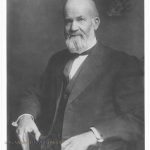 Two horse-drawn cultivators and a one-horse double-shovel plow turned the earth for seedlings that were placed four to eight feet apart. Keeping detailed records on each tree, Burrill evaluated all 21 species in the forest as they grew by a diverse array of variables, including planting methods, measurement, cultivation, trimming, and differences in variation.

23 years of observations and obstacles including wet soil, disease, pests, drought, and tree death resulted in a devastating conclusion —  it was impossible for forest tree plantations to be profitable as a farm crop on land fit for wheat and corn. However, his research wasn’t useless. The value of the trees seemed to transcend utility, as Burrill wrote how “the planting of trees has other and higher claims,” impacting the surrounding area.

Continuing his studies on the grove, he discovered the radiating positive effects on the local area:

“The temperature is equalized … the air is modified as to the amount of moisture, especially in dry times in summer. The moisture of the soil is better distributed. … The running streams are better sustained and also less subject to floods … heavy winds are checked.”

Trees, Burrill found, were to be appreciated beyond notions of financial utility. His years of study and maintenance on the forestry continued till his death, as he nurtured both the trees and a rooted love for the natural beauty of the grove.

“To one who has no love for trees as such, half the value is lost,” he wrote.

While his scientific reports exude his emphasis for nature, he was insistent on plantation maintenance for the enjoyment of generations to come.

“Trees for ornamentation,” Burrill said, “can never be neglected by a people whose cultured tastes and educated perceptions give pleasure in the beautiful and picturesque.” 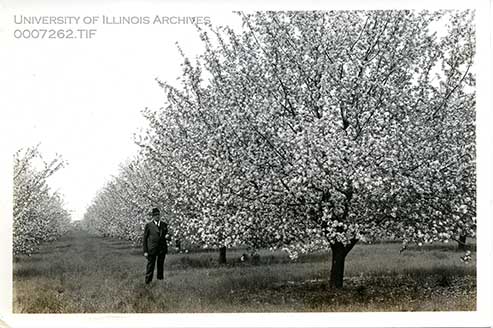 While the plantation originally covered a space roughly from Nevada Street to Pennsylvania Avenue, campus enrollment at the beginning of the 20th century required new infrastructure that slowly cut into the grove. J.C. Blair (namesake of Urbana’s Blair Park), a close friend of Burrill and Head of the Horticulture Department, fought against the location of McKinley Hospital in 1935 because it would cut into the grove. However, the U of I Board of Trustees built there anyway, asserting that “the forestry tract shall now be treated as a decorative grouping of trees” and no longer as a preserved forest. Ten years later, when construction of the Busey-Evans and Lincoln Avenue Residence Halls threatened to decrease the size of the grove once again, there were no objections to loss of forestry land or its historical trees. 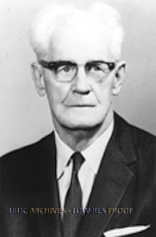 It seemed as if forestry had been forgotten as the University removed more and more trees for construction. But in 1950, Dean Seward Staley recognized the natural and historical value of the forestry, urging the University towards preservation. Staley fought to save the remnants of the grove by turning the land into a recreational picnic area.

Because of his efforts, the University renamed the smaller, but still stately, patch of trees “Seward Staley Illini Grove.” The picnic area promised to boast nine picnic table sites, with stoves and seating for groups from eight to 64 persons, and one campfire circle seating 32 that can be reserved. The University transferred the new Illini Grove from the College of Agriculture to the jurisdiction of the School of Physical Education.

Yet despite the grove’s age and decreased size, students still come to appreciate the grounds and the trees. For the 2015-16 academic year, Campus Recreation reported a total of 462 reserved hours of use at the Illini Grove shelter. 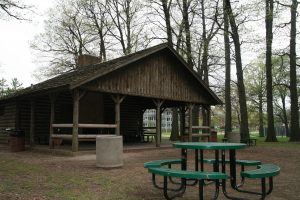 “That facility is unique in that we allow drop-in use during daylight hours so the data we have collected is only for reservations. The Pavilion in the grove was the highest reserved location” stated Andrew Funari, event reservations coordinator at Campus Recreation.

While the peak months for reservations fall during September and August, you can still see student groups making use of the grounds and the shade of its trees on the warmer days of spring and summer and the cool nights of autumn.

Though the grove has evolved from an experimental crop into a natural haven on campus, Burrill’s work lives on in those who continue to visit the grove today.

He concluded his 1893 plantation report with a final line of remembrance for the forestry:

“He who can see nothing but wood for fuel or for the manufactory in a shady grove, sees nothing but the dullest and poorest side of life. … It is to be hoped that the experiment of which this account is made will not be considered worthless, if the expenditures are never equaled by the receipts.”

And there’s a lot to say about remembrance and worth, as the expansive accomplishments of 150 years of University of Illinois instruction showcases scholars, academics, award winners, and research frontrunners that add to the prestige of the institution. We can only hope to add to that list with a small but stately set of trees that boasts the natural beauty, history, and future of the University for years to come.