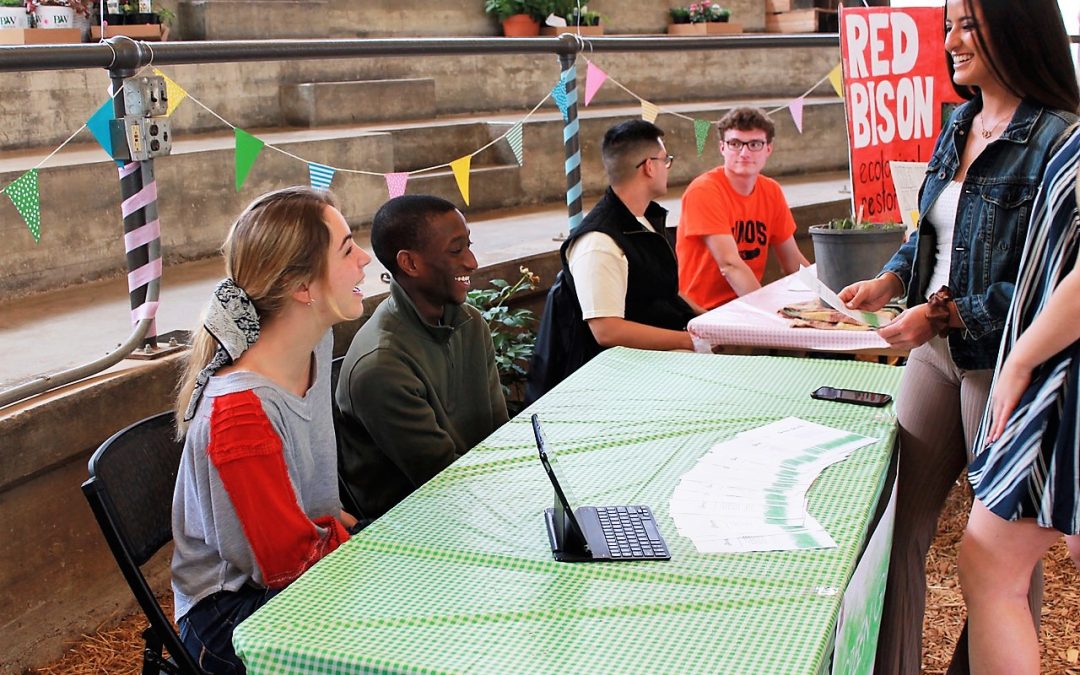 The college lifestyle is fast-paced, encouraging students’ “to-go” mentality and behaviors, whether that be employing reusable coffee cups or Styrofoam food containers.

But this type of lifestyle is traumatic to the earth. University of Illinois juniors Julia Irle and Ezra Wallon are trying to change this mindset, specifically within Greek life.

Although both Irle, a member of Kappa Alpha Theta, and Wallon, a member of Phi Kappa Phi, try their best to lessen their carbon footprint, they recognize how hard it can be to make lifestyle changes.

“For some reason when someone tells you that you need to change your lifestyle, it comes off very personal,” Irle said. “And I think that is hard for people to grasp that it isn’t a personal concept.

“Sustainability is something that unifies people at large.”

This concept of unity is one reason Irle wanted to help Greek life, an already united front, to become more sustainable. 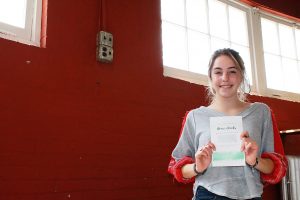 “Finding people with similar interests and similar cares really hypes you up to be like,  ‘Yes, this is something I care about and I am not going to let myself forget about it because it is easy to forget about,’ ” Irle said.

Originally, Irle wanted to create a sustainability chair in her sorority and realized it wasn’t feasible, so she researched how other schools stayed involved during the summer of 2018. Eventually she met Wallon. Together, they contacted the Institute for Sustainability, Energy, and Environment (iSEE), and Green Greeks was created. It has two parts: the first as a Registered Student Organization; the second as the Certified Green Chapter Program.

“There is an intersection with what iSEE is doing with the Certified Green Chapter Program. The program is essentially run through parts of Green Greeks RSO,” Irle said. “You join Green Greeks, and say you want to become a Sustainability Ambassador for iSEE.

“Joining Green Greeks gives you community and the help to actually implement things in your chapter. And after you do that you become the ambassador for the certified program.”

An Ambassador’s job is to represent the sorority or fraternity trying to get certified. Once Ambassadors are chosen, they enroll their chapters through the iSEE website. Then, members can start “greening” their chapter. When they feel like they have achieved all their goals, they can reach out to the Green Chapter team to finalize certification.

Different actions unlock one of the three levels (bronze, silver, gold) of certification for Greek chapters. Sororities and fraternities are encouraged to continue reaching for the highest level. Once a chapter is officially certified, it is for one calendar year.

Instead of focusing on big-picture ideas, the Green Greeks RSO is trying to find a representative from each fraternity and sorority house, Wallon said.

“Our main goal right now is to get a representative in each house and get that person to make sure the house is on the same page about this,” he said. “So when they hear about Green Greeks and when they are being told to do stuff, they know that it is actually for the good of the community.”

However, Wallon and Irle want as many people as possible to join.

“Technically you only have one Ambassador per house, but then you can have as many people in Green Greeks supporting them as possible,” Irle said. 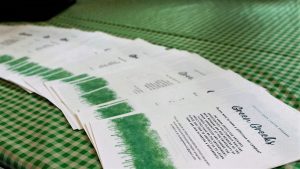 Both Irle and Wallon’s chapters are on their way to certification.

“We are working on our Styrofoam usage, which is the biggest thing in most houses,” Irle said. “Most people have Styrofoam cups and Styrofoam to-go boxes, so we are trying to limit that. We actually got paper cups instead.”

Wallon’s fraternity house is targeting energy conversation goals as a way to reduce its carbon footprint.

“One easy thing to implement is fluorescent light bulbs; a lot of people don’t use them. Another good thing is a recycling program,” Wallon said.

Green Greeks currently has more than 15 members and meets every two weeks.