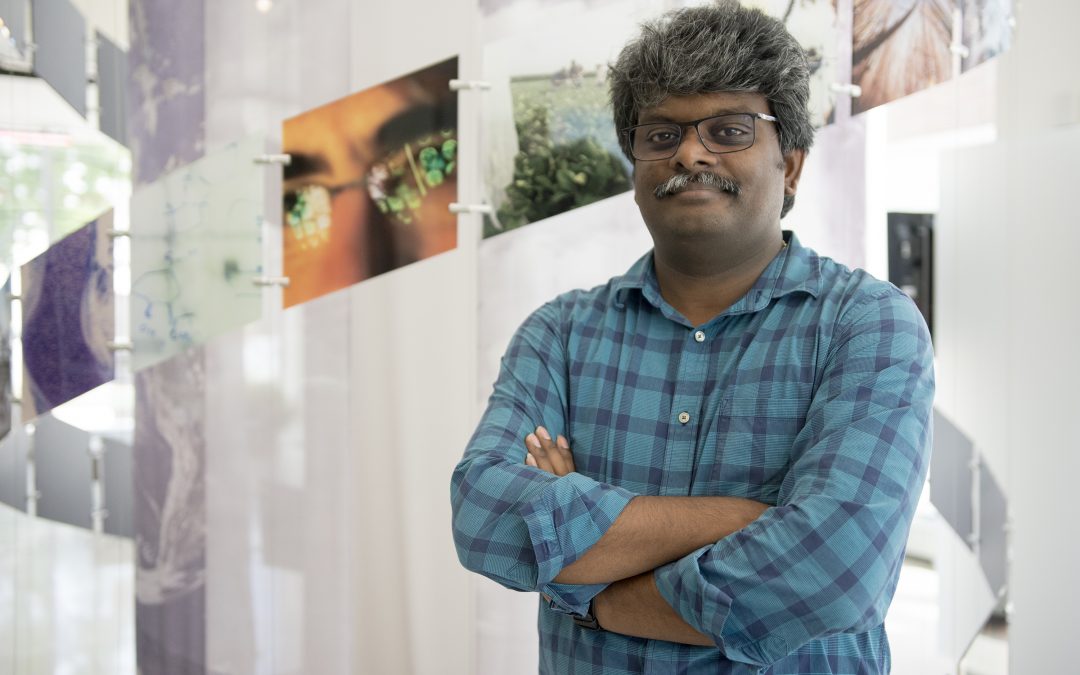 Ghana Challa, a Postdoc on the Crops in silico (Cis) team and member of Principal Investigator Amy Marshall-Colón’s lab at the University of Illinois at Urbana-Champaign, has an incredible vision for the future of farming.

“My vision is this: In 10 or 20 years, there will be an app for farmers where you can plug in all the variables like precipitation, climate, soil fertility — everything — and the app will help you choose the most optimal variety of crops to grow.”

Challa grew up in Andhra Pradesh, a state that’s often called “the rice bowl of India.” 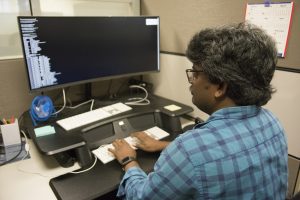 “When we were kids, every summer we used to go to my grandma’s place, and we’d play in the fields,” he said.

Surrounded by crops, he became interested in finding ways to better the plants that feed us.

“At my home, we used to have a small garden, and I used to play with the plants,” he recalled. “Even when I was a kid, my mom says that I was happier playing in the dirt than anything else. Her belief is that any plant I put in the soil will grow into a good plant.”

Challa’s fascination with crops led him to pursue an M.S. in Biotechnology at Andhra University. Looking to continue his research, Challa moved to the U.S. in 2010 to get his Ph.D. in Biology at South Dakota State University. His dissertation focused on wheat and soybeans, which he studied using a combination of old-school and new-school genetics.

“I started as a bench scientist, or an experimental biologist looking at genetics and phenotypes. I moved to computational biology using large scale datasets and high-performance computing, coding, and writing scripts to analyze the data to understand the biology behind the phenotypes.”

For Challa, computational biology offers a unique shift in perspective, and an opportunity to understand plants on multiple scales and levels of complexity.

“I’m always interested in looking at the big picture, kind of like zooming in and out to understand what’s happening in the plant. Most of the research that’s out there focuses on just one thing, like one gene or one pathway. You’ll get a lot of information from that, but after that, you must zoom out and look at the larger picture, and you’ll see some important connections. It’s like focusing a camera until you get the whole picture.”

Pursuing his passion for computational biology, Challa moved to Urbana-Champaign for his postdoctoral research in May 2018. 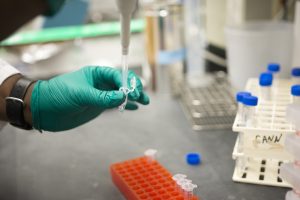 Challa now works for Marshall-Colón, an Assistant Professor of Plant Biology, as part of the Crops in silico 2.0 team. Crops in silico 2.0 is a $5 million project funded by the Foundation for Food and Agriculture Research, which aims to use computational modeling to better understand how crops will respond in the face of changing climate conditions. Crops in silico’s flagship crops — maize, soybeans, sorghum, and wheat — account for about 60% of all the calories we consume. A better understanding of these crops and how they respond to different environmental conditions is necessary to address current and future food insecurity.

“The Marshall-Colón Lab is a systems biology lab, so we try to look at the big picture,” Challa said. “Not just looking at only the gene expression, or only how the proteins work, or only the chemicals the plant makes — we want to put everything into one connected model.”

He describes it as being “like a video game.” That is to say, you change one small parameter, such as soil acidity, and then the model shows you how the plant responds, from changes at the molecular level all the way up to changes in the crop’s yield.

Challa’s work focuses on analyzing gene expression, modelling gene regulation networks, and connecting them to plant-scale metabolic models. To make his models work, he needs parameters — data collected from the field that will ensure the models accurately emulate plant function.

“Just the other day we were out in the field collecting photosynthesis and gas exchange data,” he said. “That helps us put in the values needed for the models to work.”

So far, Challa has set up a computational pipeline for the Crops in silico project, which analyzes high-throughput sequencing data. In the future, he plans to optimize the model for different crops, so that there will be a unified pipeline, allowing data to be exchanged more easily. 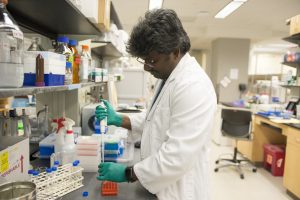 Massive amounts of crop data are needed to construct these models. As such, the lab supplements its own data with data collected by other researchers: “It’s all about teamwork,” Challa said. “We cannot do everything on our own.”

In fact, teamwork is a driving force behind the Crops in silico project. For Challa, the best part of being involved with Cis is getting to work with researchers from many different fields, including astronomy, math, and remote sensing.

“If you talk to others from different fields about your work, maybe they have a different perspective, and they can give you suggestions,” he said. “That’s how I want my research to be. Learning from others and helping others.”

In addition to Cis, Challa also works for Marshall-Colón and Crop Sciences Professor Matthew Hudson on energy crops as part of the Feedstock Production Theme at the Center for Advanced Bioenergy and Bioproducts Innovation (CABBI).

Outside of the lab, Challa continues engaging with his interests. His love for computing started as a hobby: He’s a tinkerer and has even built his own supercomputer. He also grows his own fruits and vegetables using a hydroponics system he built himself.

Challa’s passion for understanding and improving crops is driven by his desire to help create a sustainable future.

“A lot of studies say we have to increase our food production by 40% by 2050 because we have a growing population,” he said. “However, something we often overlook is that in the future, we’ll have less land for food production than we do now, due to sea level rise and changing climate. So we need to produce 40% more food with less land. And to achieve that, we need to find other solutions than just spraying chemicals and using fertilizer.

“That’s one reason I chose to work here. We need to produce more, but at the same time, we need to put less stress on the planet.”