The University of Illinois at Urbana-Champaign’s Crops in silico (Cis) project has received a $5 million grant from the Foundation for Food and Agriculture Research (FFAR) to continue building a computational platform that integrates multiple models to study a whole plant virtually. 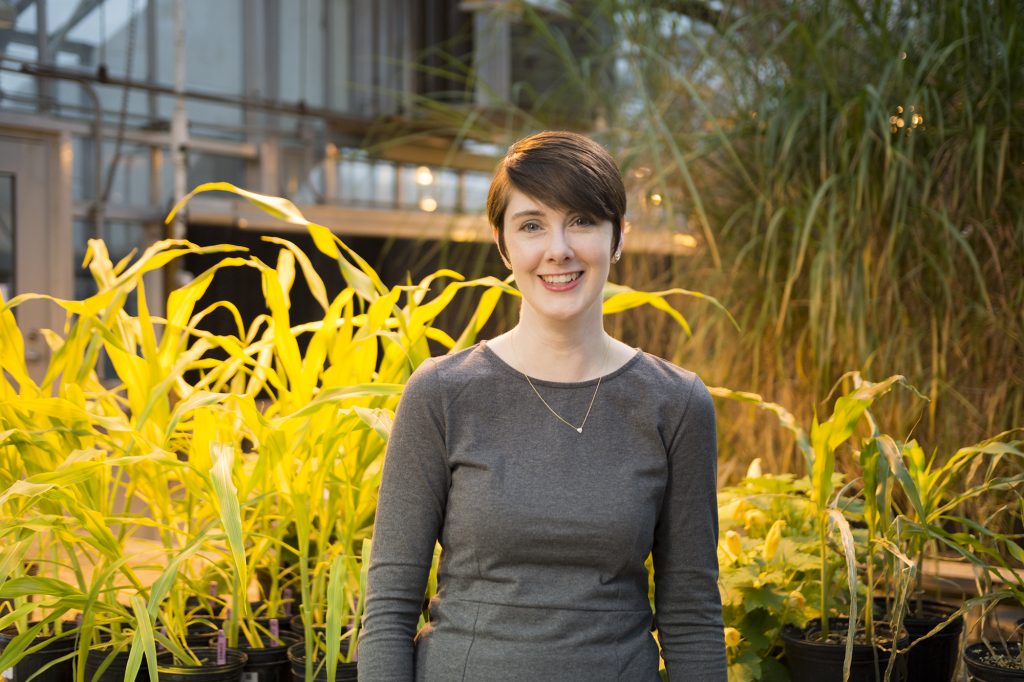 “Four crops — corn, soybean, sorghum, and wheat — account directly or indirectly for about 60 percent of human calories. Yet they are susceptible to declining yields due to the impending stresses of climate change, including water shortages, elevated carbon dioxide levels, and soil degradation,” said Amy Marshall-Colón, U of I Assistant Professor of Plant Biology and the Principal Investigator for the new four-year grant.

With the global population increasing and the climate continuing to change, understanding how crops respond and may be adapted to environmental changes is needed to address current and future food insecurity. Developing crops using traditional methods is research, labor and cost intensive. However, Cisallows researchers to quickly determine and test characteristics that help crops thrive in specific environments. This modeling allows researchers to conduct more experiments than can be realistically achieved in a field. With Cis, billions of possible changes and combinations of changes can be tested to achieve more productive and sustainable crops in different environments.

Researchers have extensive knowledge about models depicting individual processes that drive plant growth and development, and how plants use resources. Until now, researchers have yet to combine this knowledge into whole plant models that mimic biology. This project integrates diverse computational models. Using the whole system model, researchers will determine how crops respond to environmental changes at all biological levels, from cellular to ecosystem-level interactions.

“FFAR was created to advance innovative science that addresses food and agriculture’s most pressing challenges. This project is a perfect example of using technological advances to identify how crops will respond to environmental stressors and how to help the crops thrive despite environmental changes — all while saving time, money and making this platform publicly available,” FFAR Executive Director Sally Rockey said. “Supplying ample food for a burgeoning population will depend on transformative projects like Crops in silico.”

This grant extends the original project, which created a platform to link computationalmodels to simulate plant growth and development. The new funding will allow researchers to quickly and accurately test how a plant responds to a combination of changes. The grant also makes the entire platform available to the public.

“The Cis approach has already identified opportunities that resulted in successful field trials by optimizing single processes like photosynthesis or single organs like root architecture,” Marshall-Colón said. “By scaling up our work to whole plants and fields, we can move years ahead in optimizing plants for different growing conditions.”

The Institute for Sustainability, Energy, and Environment at Illinois provided $350,000 in seed funding to establish the original Cropsin silico project in 2015 in collaboration with NCSA, which has provided $212,000 in seed funding, designed the Cis infrastructure and interface, and developed many of the tools used to visualize crops and simulate conditions. Marshall-Colón and Turk received a $274,000 grant from FFAR in 2017 to extend this work.

“We are so grateful for the support we have received from FFAR, iSEE, and NCSA,” Marshall-Colón said.

FFAR, a 501(c)(3) nonprofit organization originally established by bipartisan Congressional support in the 2014 Farm Bill, builds unique partnerships to support innovative and actionable science addressing today’s food and agriculture challenges. FFAR  leverages public and private resources to increase the scientific and technological research, innovation, and partnerships critical to enhancing sustainable production of nutritious food for a growing global population. The FFAR Board of Directors is chaired by Mississippi State University President Mark Keenum and includes ex officio representation from the U.S. Department of Agriculture and the National Science Foundation.