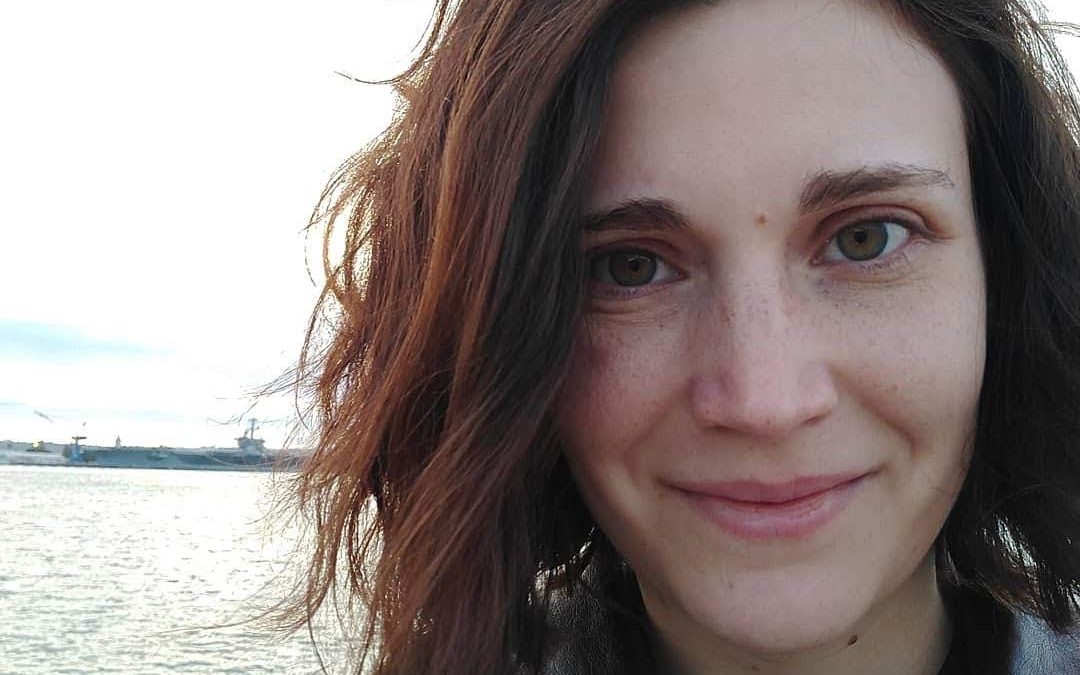 Crop researchers worldwide are constantly advancing our understanding of the plants we rely on. One approach that many scientists take is the development of in silico models — computational models meant to simulate the mechanics of biological systems. However, an incredible depth of knowledge is needed to model even one small part of a plant. Modeling entire crops is a massive collaborative effort involving the skills of many specialists from different backgrounds and the integration of various models with each other.

Megan Matthews, a Postdoctoral Research Associate at the University of Illinois and member of iSEE’s Crops in silico (Cis) team, is developing and integrating multiscale crop models that will help us optimize crop growth even as the climate changes.

Matthews began her academic career at North Carolina State University, where she earned her bachelor’s degree in electrical engineering. Her interest in biology sparked during the final semester of her undergrad, when she took a biological modeling course as an elective. The course focused on the techniques used to model traditional applications of electrical engineering, such as circuits and power systems, and how those techniques can also be applied to model and study biological systems.

“It was almost like a lightbulb moment,” she said. “I had never thought of biology on those terms — being able to quantitively model and study biological systems. I think that’s really cool!”

Matthews found herself so engaged with this new application of her skills, she went on to join her professor’s lab and pursue a master’s degree in electrical engineering with a focus on estimating regions of stability in biological models. Essentially, she studied why some biological systems tend to be more robust and stable than others.

“It was doable, but it was a lot of extra work too,” she said. “I took several additional courses, because I needed to learn the language.”

When she moved on to her Ph.D. work, Matthews went from studying general models to studying a specific biological pathway. She joined a project with collaborators in the N.C. State University Forestry Department, where she worked on developing a multiscale model of the lignin biosynthesis pathway. Lignin is an organic polymer that plants produce to form structural tissues, but it is a waste product in biofuel production. Her team studied what gene modification strategies might result in better lignin and wood bioenergy traits. The team already had a model of the metabolic processes, but without models of the rest of the plant, it’s hard to relate how making changes at the gene expression level can cascade to changes at the organismal level, hence the need for a multiscale model.

In 2019, Matthews came to the University of Illinois, where she joined the Amy Marshall-Colón Lab and became a part of the Crops in silico team.

“I really wanted to study and develop models to understand how crops are going to change in the future climate scenario,” she said. “Can we identify strategies to improve how they will behave in a rapidly changing climate?”

Her first goal when she started on the project was to create a soybean-specific version of BioCro, a crop growth model for simulating and optimizing photosynthesis. Now that she’s created the base model, she’s working to integrate it with some other more detailed models, such as a model of the photosynthesis pathway, which operates from the leaf level all the way down to the gene regulatory level. She hopes to expand the scope of the model so that it can model the development of entire fields of crops over time.

Matthews is also working with Cis collaborators at Penn State University who are creating a highly detailed 3D functional and structural model of root growth and nutrient uptake in soybean plants. She’s working to integrate this root growth model with the BioCro model, as the current BioCro model only features a simplistic representation of root growth.

By integrating these models, researchers can better understand the full dynamics of crops and see how a change at the gene regulatory level will affect an entire plant. This wouldn’t be possible without diverse research teams working to develop specialized models.

“You have these labs creating these great models, but they’re usually very specific and if you can’t figure out ways of integrating them with each other, that’s a barrier in moving the field forward,” Matthews said.

Working with such a diverse team also presents the opportunity to regularly interact with other talented researchers from a variety of fields, from physiology to photosynthesis.

“I really liked working on the interdisciplinary team,” she said. “I learned a lot working on this project, just from being able to talk to be people who had much different areas of expertise than I did. All the groups I’ve worked with have been very supportive environments.”

Matthews is also a member of the Stephen P. Long Lab, where she collaborates on the Bill and Melinda Gates Foundation-funded RIPE (Realizing Increased Photosynthetic Efficiency) project.

Between the variety of projects she’s involved in and the passion with which she pursues her work, the field of crop modeling and modification looks a little brighter with researchers like Matthews providing their enthusiasm and expertise.

“When you do discover or create something that adds previously unknown information to the public … that’s the most satisfying thing about research to me,” she said.