Diana Kapanzhi: Why clean up when we could fix up? 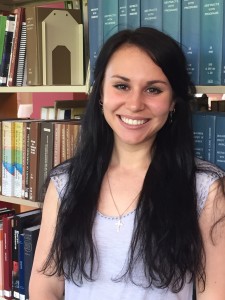 Diana Kapanzhi is a Masters student studying Environmental Engineering with a focus on Environmental and Water Resources Systems Analysis.

Her task at the Agroforestry for Food research site is to perform an emissions life-cycle assessment — a beginning-to-end tally — of the entire project. Any time there is action on the farm, which is almost every day, Diana is there to record how much fuel, water, and work hours are spent on the site. This data will later be turned into a report of the total emissions created and resources consumed by the farm and compared to the emissions and resource use of conventional Midwest corn-soy rotation agriculture.

Sustainability has three pillars: economy, environment, and society, Diana explained, and anything hoping to be called sustainable must fulfill all three parts in a way that fills today’s needs without jeopardizing the needs of the future.

“My specific portion of the project is the environmental side. The life-cycle assessment gives you the environmental cost of this farm. Ultimately my question is whether the product we get from the farm is worth the inputs and any pollution we create,” she said.

Diana is especially interested in the water aspects of this research. Conventional corn and soybean rotation agriculture requires the application of herbicides, pesticides, and fertilizers to keep crops healthy and pest-free. Runoff of these chemical applications leads to widespread pollution in the lakes and rivers and potentially even in groundwater, Diana said. The most famous case of this pollution is the dead zones in the Gulf of Mexico. Woody species used in perennial polyculture agriculture, however, require much less chemical application than corn and soy, meaning there is less runoff to contaminate water sources. The complex root systems of woody plants also filter any non-ag pollution in the area.

“My previous academic advisor at Ole Miss mainly works on Mississippi River cleanup projects. That’s why I think this project is a good fit for me,” she said. “My primary motivation for this project is ‘Why clean up something when we could prevent something from happening?’ ”

Diana earned her Bachelor of Science in Civil Engineering with a focus in Environmental Engineering in 2014 from The University of Mississippi.

“I always say as a joke that I fell into that major,” she said. “Originally, I wanted to be an architect, but Ole Miss doesn’t have an architecture program. But I really wanted to go to Ole Miss, so the closest to that was civil engineering with a specifically structure focus.” 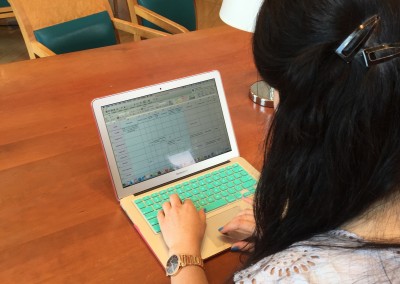 “I’ve tried all the focus areas. I just couldn’t find what I really liked. And I wanted to make sure that when I did find a focus area I absolutely loved it and that’s what I wanted to do for the rest of my life,” she said.

During Diana’s freshman year at Ole Miss, students chartered a chapter of  Engineers Without Borders, a national organization that sends students and faculty engineers overseas to serve the needs of disadvantaged communities through engineering projects. She joined the group her junior year. Twice in the span of six months she travelled to Togo, West Africa, to help design and build a three-room schoolhouse. The experience was life-changing, she said.

“I know people are always talking about water and Africa, but it’s not just that. It’s air pollution and water pollution and water quantity. All those things I saw,” she said. “And I said to myself ‘I don’t want anything close to like that to happen to where I live.’ That was kind of my motivation for being an environmental engineer.”

A year later, Diana was trying to decide whether to continue her education in graduate school or to enter the workforce. She accompanied a friend on his grad school visits to Purdue and the University of Illinois.

“The first day I was here at Illinois, it was pretty amazing. I said, ‘This is where I want to go.’ I knew for sure because I felt at home. It just felt right,” she said.

Returning home, she did some research and contacted a few faculty members at Illinois. Through a series of connections, including an Illinois acquaintance of her Engineers Without Borders adviser, Diana was put in touch with her now-adviser Jeremy Guest.

He had the life-cycle analysis project ready to go and just needed a student to fill it.

“It’s exciting how new this concept is. It has only been a few years that this concept has become popular,” Diana said. “Some of the farmers that we know around here that we have told about the project are very excited and have offered some of their own land for on-site research. I would think it’s scary to try something new, so seeing farmers who want to make an environmental and economic difference is very encouraging.”