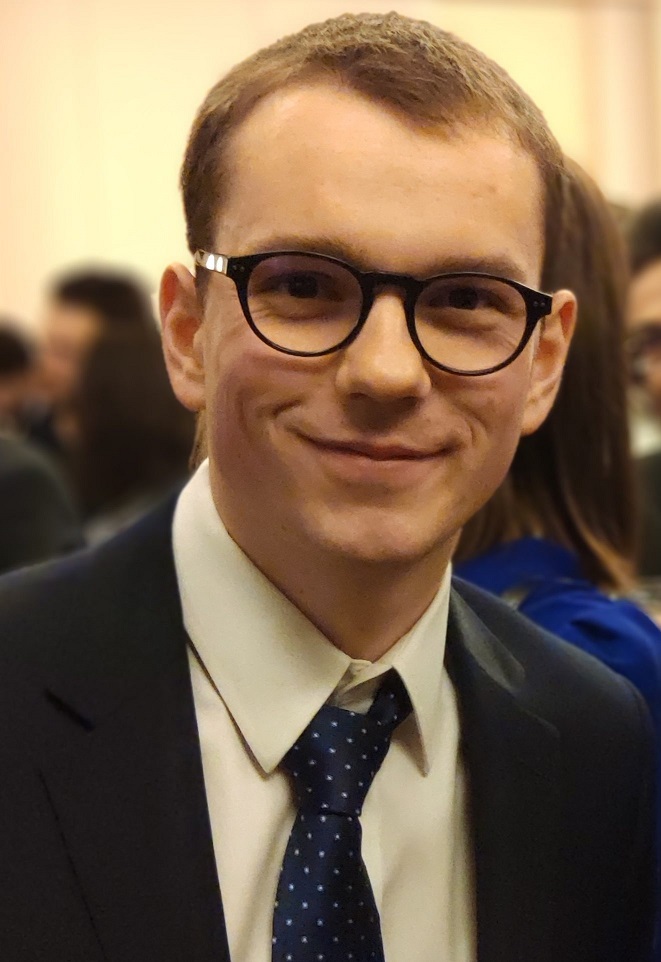 The architecture of a plant’s organs, such as leaves, stems, roots, and buds, plays a significant role in its growth and productivity. Even within a single species like sorghum, architectural differences due to genetic variation are common. Like many other genetic traits, crop architecture is something researchers strive to optimize in order to create crop varieties that produce more food, use resources more efficiently, and are more resilient to changing environments. A crucial step in this process is determining which genes correspond to a species’ architectural traits.

Mathieu Gaillard, a member of iSEE’s Crops in silico (Cis) team and Ph.D. student at Purdue University, is using his expertise in computer graphics to develop algorithms that can generate a 3D approximation of a plant’s architecture from several pictures of the plant from different angles. These 3D approximations, in turn, provide valuable phenotypic data, which can be used to map genes to the architectural traits they correspond with.

Gaillard is from France, where he earned an Engineer’s degree at INSA Lyon. He went on to complete a double master’s degree at INSA Lyon and the University of Passau in Germany. At the time, his research transitioned into the realm of computer graphics, which he found to be a good fit. In 2018, he came to the United States to pursue a Ph.D. in Computer Graphics at Purdue, where he initially researched procedural generation of 3D terrains. In 2019, he began working on inverse procedural modeling of 3D plant models.

His team has collaborators at the Center for Plant Science Innovation and Department of Agronomy and Horticulture at the University of Nebraska-Lincoln — who have access to a phenotyping facility. There, they grow plants in their greenhouse under controlled conditions (light, humidity, CO2, genotype), and every day, the plants are briefly moved to an imaging chamber where pictures are taken of each individual plant from several angles. Thus, the Nebraska researchers have a huge amount of data about the canopy architecture of the plants, and they needed a way to analyze it all. Traditionally, you could have someone look at the pictures one by one and analyze each by hand, counting leaves and measuring angles, but with so much data, this quickly becomes a task too great for one person to do by hand.

Gaillard offers a solution in the form of an algorithm that not only generates a virtual 3D reconstruction of each plant, but also extrapolates plant physiology data from plant images. The team validated these 3D reconstructions via genome association study.

“We measured a couple traits,” Gaillard said. “Things like volume, mass, and shadow area. I would provide the measurements, and our collaborators in Nebraska would make the association between the genome and the measurements. They found which genes in sorghum control light interception efficiency, and we published a paper about that.”

These initial 3D reconstructions did not differentiate between different plant organs, so the next step was to segment the 3D model. Gaillard developed an algorithm that converts the 3D reconstruction into a 3D skeleton, which segments the plant into distinct parts — leaves, stems, branches, and roots. This segmentation is so important because it gives the team access to data like the number and angle of leaves on each plant. Two different types of angles are relevant: the vertical angle between a leaf and stem; and the rotational angle between two leaves on the same stem.

“Once I had the angles for hundreds of plants, I gave those data to our collaborators in Nebraska, and they were able to find genes that corresponded to differences in angles,” he said. “They could even find the distribution of angles related to a gene. They could say, ‘if a plant has this specific gene, then the angle of this leaf will fall within this range.’ We care about this because the angles of the leaves are very important for how much sunlight the plant absorbs.”

The team is now developing a simulation of sunlight on a sorghum field. Team members organize procedurally generated 3D models of sorghum plants in a virtual field and simulate incoming sunlight. This lets them generate statistics about light interception, which can be validated against data from real-world fields.

“The idea is to optimize the genotypes of the plants and how we plant them,” said Gaillard. “Should they be in rows or not? How should they be spaced to maximize light interception?”

For Gaillard, no two days at work are ever the same.

“We have new goals in mind all the time,” he said. “I’m often kept busy trying to implement an algorithm to measure the new traits we’re interested in. When I’m not doing that, I might be optimizing and debugging what we already have. Wouldn’t you know, the plants are all different, and the algorithm needs to be able to account for those differences. Sometimes I’m just inspecting the plant images, trying to determine why the algorithm might be failing.”

When he’s not writing new algorithms or debugging existing ones, Gaillard is also working toward developing a portable phenotyping machine.

“It would have some cameras and a turntable,” he said. “The researchers in Nebraska would go out to the field in the summer, install this machine on the ground, and then they could just take a plant from the field, put it in a pot, put the pot in the machine, and then take 10 pictures or so. The pictures would be sent to a computer, where the plant is automatically reconstructed virtually. That would be very convenient and very helpful because we know that plants in the field grow differently than they do in the phenotyping facility, where environmental conditions are controlled.”

The Crops in silico team brings together experts from a breadth of different fields to foster interdisciplinary collaboration. With Gaillard on the team, the future of crop modeling is looking a little brighter.

“Every time I’ve found myself working on something really cool in life, it’s always been interdisciplinary. That’s where I’m at my best. Working with this team has been a great experience – we’re always learning from each other.”

For more on Gaillard’s work, check out his website.

For more on Crops in silico, visit the iSEE project page or the Cis website.