Vector biologists, geneticists, policy experts, and bioethicists are concerned that current government oversight and scientific evaluation of genetically modified mosquitoes do not ensure their responsible deployment. 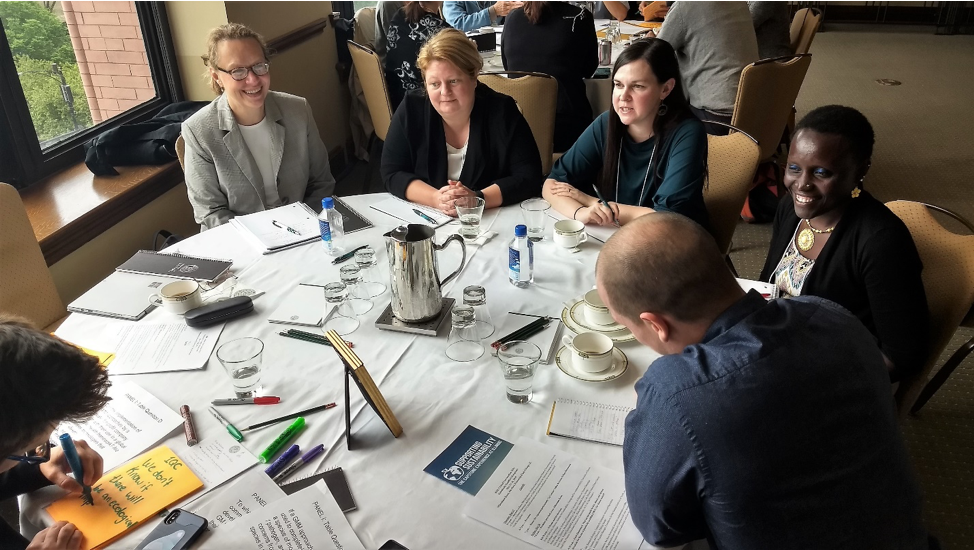 iSEE Critical Conversation attendees participated in roundtable discussions about genetically modified mosquitoes throughout the one-day workshop in May 2019.

On Wednesday, June 3, 2020, organizers and participants in the 2019 iSEE Critical Conversation published a piece in The Conversation titled “Genetically Modified Mosquitoes could be Released in Florida and Texas Beginning this Summer — Silver Bullet or Jumping the Gun?”

Based on discussions at the iSEE event — and further research and discussions since — the authors noted that “Genetic engineering offers an unprecedented opportunity for humans to reshape the fundamental structure of the biological world. Yet, as new advances in genetic decoding and gene editing emerge with speed and enthusiasm, the ecological systems they could alter remain enormously complex and understudied.”

The paper was written for The Conversation by Brian Allan, Associate Professor of Entomology at the University of Illinois at Urbana-Champaign; Chris Stone, Medical Entomologist and Director of the Medical Entomology Lab at the Illinois Natural History Survey (INHS); Holly Tuten, Vector Ecologist at INHS; Jennifer Kuzma, Goodnight-NCGSK Foundation Distinguished Professor of Public and International Affairs and Co-Founder of the Genetic Engineering and Society Center at North Carolina State University; and Natalie Kofler, Levenick iSEE Resident Scholar in Sustainability Leadership at the University of Illinois and Founder of Editing Nature.

In May 2019, the Institute for Sustainability, Energy, and Environment at the University of Illinois Urbana-Champaign convened 35 participants from academic, government and nonprofit organizations from around the world with expertise in mosquito biology, community engagement, and risk assessment. A primary takeaway from that Critical Conversation, the authors wrote, was “an urgent need to make regulatory procedures more transparent, comprehensive and protected from biases and conflicts of interest.” iSEE Critical Conversations are sponsored by the Alvin H. Baum Family Fund.

In the article, the authors recommended several steps — including an official registry for GM organisms as well as independent, funded research into the risks of releasing them.

“The objective to reduce or even eliminate mosquito-borne disease is laudable. GM mosquitoes could prove to be an important tool in alleviating global health burdens,” the authors concluded. “However, to ensure their success, we believe that regulatory frameworks for open, comprehensive and participatory decision-making are urgently needed.”

Read the full article in The Conversation >>>