SECS Objectives: University Must Hit the Road to Divestment — and More 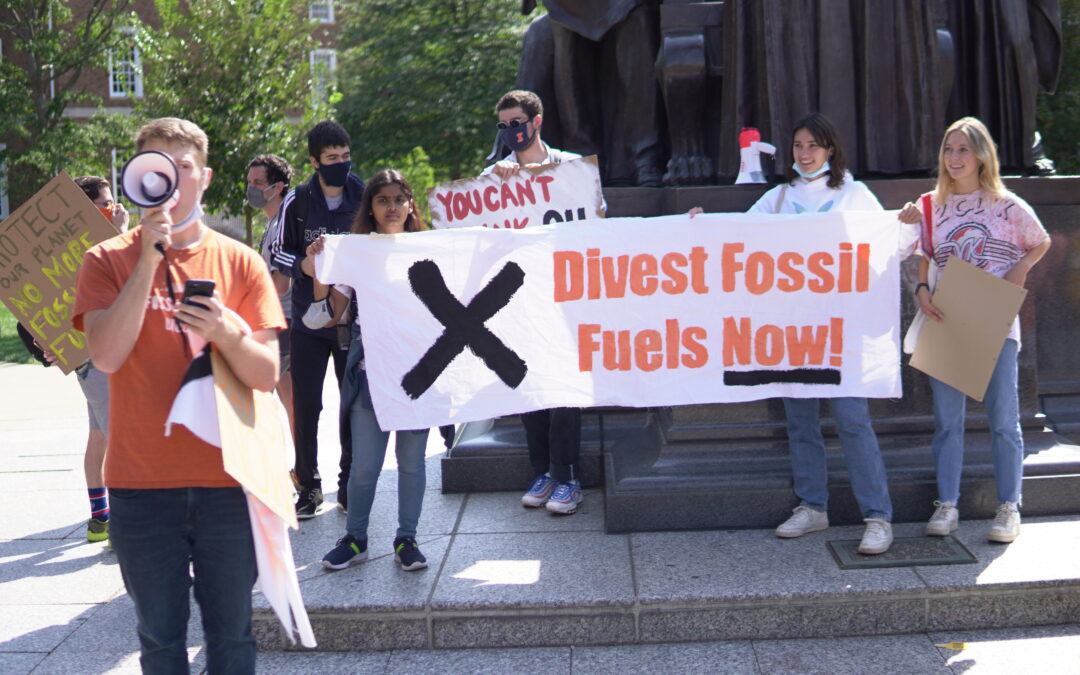 After the event, SECS President Alec Van Patten discussed the history of SECS and the group’s semester goals and upcoming initiatives.

Of the four climate strike demands, two are targeted directly toward the University of Illinois Urbana-Champaign. First, SECS wants the university administration to pledge to pull investments out of fossil fuel companies. The school’s divestment would be significant because “it sends a direct message to those companies and weakens their political power,” Van Patten said. In turn, this would allow the campus to invest elsewhere, expanding its renewable energy portfolio and more sustainable endeavors.

SECS hopes to exert enough pressure on the University’s decision-makers that they officially commit to divestment from fossil fuels. The organization plans on tackling this goal from several angles. One way is by going through the Faculty Senate to get a resolution to support potential ideas, such as calling for tuition and donor strikes. The RSO is also continuing its weekly sit-ins at the Swanlund Administration Building to spread awareness.

Additionally, SECS wants campus to follow through with the commitments it made in the Illinois Climate Action Plan (iCAP). The iCAP is a campuswide strategic sustainability plan to achieve net-zero carbon emissions as soon as possible — by 2050 at the latest. SECS hopes to draw attention to these objectives. 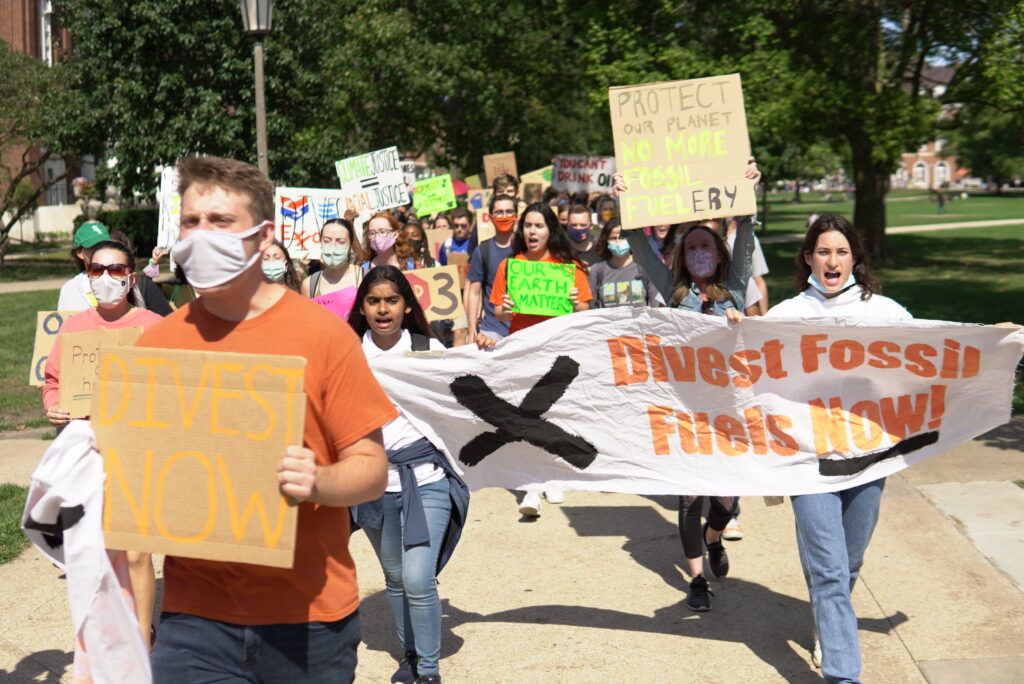 The Sept. 24, 2021, climate strike on the U of I campus. Credit: Students for Environmental Concerns

“SECS is about bold, inclusive climate action,” Van Patten said. The organization has a multitude of new projects coming up in 2021-22, and student support recently has been overwhelming.

The most gratifying thing about being involved with SECS in a leadership role is getting to work with so many dedicated people, he said.

“It’s not just the officers, but even the passion from general members. It shows how much they want to help,” he said. “There are so many future leaders among us, and it’s cool to be working with people who are definitely going to be making positive change.”

On the national scene, SECS has aligned itself in favor of the Green New Deal and hopes that the university will back this initiative. The Green New Deal proposals call for public policies that address climate change while creating jobs and reducing economic inequalities.

A final demand placed by SECS is for support against the Line 3 pipeline. With the recent expansion of the oil pipeline completed in October 2021, Line 3 now cuts through the land of Indigenous peoples and poses a major environmental threat. SECS intends to share its mission in hopes of making a difference on a larger level.

Read the storied history of SECS >>>