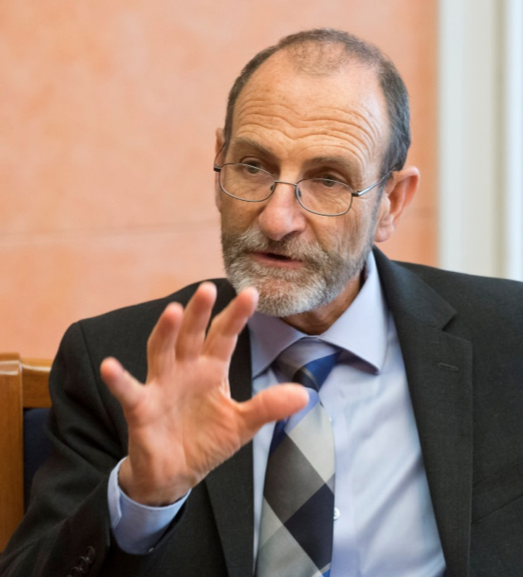 The lecture will explore the current status of climate change science, action toward solutions, and directions the world is headed. It will compare the goals in the recent Paris Accord with the path necessary to reduce and manage the worst risks of climate change, emphasizing the way that new science sharpens the focus on the seriousness of the climate challenge, while also highlighting compelling opportunities for solutions. Field, a Professor of Biology and Environmental Earth Science, will discuss emerging evidence on:

Field is the founding director of the Carnegie Science Department of Global Ecology and Melvin and Joan Lane Professor for Interdisciplinary Environmental Studies at Stanford University. His research focuses on climate change, ranging from work on improving climate models, to prospects for renewable energy systems, to community organizations that can minimize the risk of a tragedy of the commons. Field was co-chair of Working Group II of the Intergovernmental Panel on Climate Change from 2008 to 2015, where he led the effort on the IPCC Special Report on “Managing the Risks of Extreme Events and Disasters to Advance Climate Change Adaptation” (2012) and the Working Group II contribution to the IPCC Fifth Assessment Report (2014) on Impacts, Adaptation, and Vulnerability. His widely cited work has earned numerous recognitions, including election to the U.S. National Academy of Sciences, the Max Planck Research Award, and the Roger Revelle Medal.

The upcoming lecture is named for Keeling, a 1948 graduate of the Department of Chemistry at the University of Illinois who was renowned for making extremely precise measurements of carbon dioxide (CO2). These measurements clearly indicated that the atmospheric concentrations were increasing, leading to the recognition that human activities could have a significant impact on the earth’s climate system. After receiving his Ph.D. in Chemistry from Northwestern in 1954, Keeling spent most of his career at the Scripps Institution of Oceanography until his death in 2005.

As the first to confirm the accumulation of atmospheric CO2, he produced a data set now known widely as the Keeling Curve. To quote Charles Kennel, former Scripps Director, his measurements “are the single most important environmental data set taken in the 20th century.” Keeling also constructed one of the first models of the carbon cycle into which future man-made CO2 can be introduced to predict concentration levels in the air and water well into the next century. His first few years of measurements also demonstrated the now well-known seasonal cycle in atmospheric CO2 due to the “breathing” of the biosphere.