URBANA — University of Illinois at Urbana-Champaign Professor Ximing Cai has been named a 2019 Fellow of the American Geophysical Union (AGU). 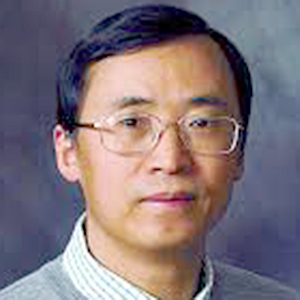 Cai, the Colonel Harry F. and Frankie M. Lovell Endowed Professor of Civil and Environmental Engineering, will be honored along with 61 other 2019 AGU Fellows at its Fall Meeting on Dec. 11 in San Francisco.

In announcing the Fellowships, AGU noted that the honorees are recognized for their scientific eminence — and that their “breadth of interests and the scope of their contributions are remarkable and often groundbreaking.”

Cai, who is a Ven Te Chow Faculty Scholar in Water Resources and a Donald Biggar Willett Faculty Scholar at Illinois, also serves as the Associate Director for Campus Sustainability at the Institute for Sustainability, Energy, and Environment (iSEE), where he works with faculty/staff/student advisory teams, campus units, and top-level administrators to help the U of I attain its Illinois Climate Action Plan (iCAP) goals including carbon neutrality by 2050 or sooner.

He has authored or co-authored more than 160 peer-reviewed journal papers, three books and several monographs. During 2012-2017, he served as Editor for Water Resources Research, the flagship journal of water resources published by AGU; currently he serves the editorial board of several other major water journals.

“I am honored to receive this Fellowship,” Cai said, “and I am humbled to be recognized alongside people who have made remarkable contributions to their scientific fields.”

In years past, Cai has received several awards, including the National Science Foundation CAREER award and best paper awards from Water Resources Research,Water International, and the Journal of Water Resources Planning and Management. He has worked as a consultant to the World Bank, the United Nations and other international agencies.