In May 2014, iSEE coordinated the sale of approximately 150,000 metrics tons of certified carbon credits from the University of Illinois at Urbana Champaign to Chevrolet as part of Chevy’s carbon reduction initiative. Nov. 18 marked the four-year anniversary of this initiative, and to celebrate, Chevy is highlighting the achievements of several college campuses in which it has invested in carbon reducing programs on its blog, the Fast Lane. 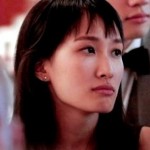 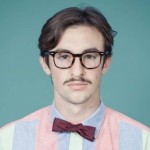 The University of Illinois was featured on Nov. 26, 2014, in a Q&A conversation about the past, current and potential future of campus efforts to promote clean energy with Illinois undergraduate students Drew O’Bryan, a senior in Physics and Earth Systems, Environment, and Society, and Amy Liu, a junior in Urban and Regional Planning.

Click here to read the Fast Lane blog about how Illinois has reduced its carbon emissions and what it may do next.

Below is the complete Q&A.

Clean Energy: A Chat with 2 University of Illinois Urbana-Champaign Students

In May 2014, the Institute for Sustainability, Energy, and Environment (iSEE) orchestrated the University of Illinois’ sale of about 150,000 metric tons of certified carbon credits from its Urbana-Champaign campus to Chevrolet. The sale, the largest to date in the Chevrolet Clean Energy Campus Campaign, was brought about in large part because the campus was able to cut its greenhouse gas emissions by reducing coal use in favor of gas for energy generation.

With matching funds from campus leadership added in, the U of I will have more than $1 million to use toward further greenhouse gas emission reductions on campus — a major step as the university’s stated goal is to be carbon neutral by 2050.

We sat down recently with two student leaders, Amy Liu (a junior in urban and regional planning) and Drew O’Bryan, (a senior in physics and earth systems), both passionate about sustainability, the environment — and clean energy — to get their take on campus progress as well as to talk about the next major steps.

Q: In what ways are each of you involved with sustainability, especially energy, on campus?

Amy: I am the chair of the Student Sustainability Committee (SSC), which is a group of students responsible for allocating the student “green fees”. There are two such fees charged alongside tuition once a year: a $2 Cleaner Energy Technologies fee, and a $12 Sustainable Campus Environment fee, which together raise more than $1.1 million per year to advance the university’s clean energy and sustainability leadership. The SSC asks for proposals from the staff, faculty, and students for projects to make campus more sustainable, and we may grant them funds.

Drew: I am president of Students for Environmental Concerns (SECS), the oldest and largest environmental student organization on campus. Formerly, I was in charge of the UIUC Beyond Coal campaign, which is trying to get the university to stop investing in coal companies — called divestment. Through this divestment work, I also more broadly support activism around energy in Illinois whether it be fighting coal mines or (the mining) lobby.

Q: Which of the carbon reductions that Illinois can deliver do you find the most intriguing?

Drew: To date, we have reduced energy through decreasing our demand. But we still don’t have substantial renewable energy generation.

Amy: The SSC has been working toward funding a solar farm that’s currently going through various purchasing departments and levels of administration, which is heading us in the right direction. The Student Sustainability Committee has also funded numerous retrofits that helped improve energy efficiency in campus buildings – more than 50 to date.

Drew: The solar farm will be a firm big step once it happens.

Q: What unique strengths does Illinois have that allowed it to make those improvements?

Amy: For one thing, we are a research institution, so we have this great wealth of knowledge that comes from the faculty and staff and students who are under their purview. And second, we are just very big: The SSC oversees so much money because the “green” fee comes from so many students. So we have a lot of tools and resources, and a lot of passion to drive this.

Drew: At Illinois, we’re also creating a real organizational structure, which I think is what’s lacking at other large institutions. The fact that we have SWATeams – Sustainability Working Advisory Teams made up of invested students, faculty, and staff – and a sustainability working group is important. It gives us a structure to make change happen, which is huge.

Q: How strong is student engagement with sustainability on campus, and in what ways?

Drew: I think that student engagement could be stronger. For those of us who are active, that number probably won’t ever seem large enough! There are people who are apathetic about those issues, but I am always impressed by the work that students are doing.

Amy: Agreed. I think there is a lot more potential to be unlocked. For example, to go back to the student fee, we would like to see students from the general campus body — not just students on the committee — influence how that fee is allocated. A lot of the projects we get still come from faculty, still come from campus Facilities & Services staff, and even if those are great projects, we would ideally want to tap into any opportunity there is to also advance student leadership and student education.

Q: How do students, faculty, staff and the community benefit from the energy progress made by the university?

Drew: As institutions of higher learning, universities are beacons of progress — and are even put on a pedestal. Illinois is a research institution, and if we make change we can serve as a model. The effect on not just our community but the national community is to inspire yet more change — to be the first domino that makes things happen. Especially if we can demonstrate that it is not only feasible, but practical.

Q: What is the ultimate step will need to be taken to reach this campus’ goal of energy neutrality? What is the big push that is needed?

Amy: I think it’s getting the passive end-users invested. There are always going to be people that simply have different focuses and they’re just going to be passive participants in sustainability. So it’s about getting those people to make a difference … having a mechanism or avenue for them to still contribute to sustainability in a meaningful way. We have a lot of technology that can solve problems, but we need people to use it.

Drew: Amy mentioned that we are a research institution, and I think that harnessing the research at the University of Illinois is huge. I was just at a meeting about biomass last week, and multiple people said that we have gone to departments and asked, “Why don’t you look into biomass?” And they said, “We don’t want to.” But I think that using all the of the research and all the capacities of this university to create a more sustainable university as a model is needed to make that big sweeping change and actually make us a replicable model.

Q: Once the Chevrolet Clean Energy Campus deal is finalized, what future improvements in GHG emission reductions would you like to see the $1 million from Chevrolet invested in? Why? What do you think the biggest benefits are of such investments?

Drew: I think that the U of I should not go toward the low-hanging fruit of things that are obvious to the university to do. For instance, it should not go to retrofits because retrofits make so much economic sense and don’t deserve the special money given to us. I think the money Chevrolet gives us should go to innovative projects that make us leaders in sustainability, whether that be in solar installations or just new energy generation ideas that set us apart from everyone else.