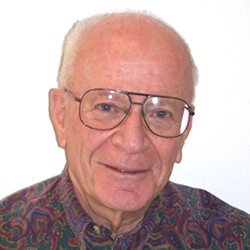 Abstract: The current generation of students cannot recall a time without cell phones or weather satellites. 50 years ago, deep convective storms were often described as small-scale (~ 10 km) in horizontal dimension. When Riehl and Malkus (1958) famously showed the importance of tropical convection to the energetics of the general circulation, they proposed a set of individual “hot towers”. Only with the advent of weather satellites did it become clear that cloud systems of ~ 100s of km (mesoscale) dominated the tropics and subtropics. They were first known by the uninformative name “cloud clusters”, later “mesoscale convective complexes”, later “mesoscale convective systems” or MCSs.

Today, thanks to decades of insightful interpretation of the massive databases from tropical and mid-latitude field campaigns, we know that the structure and behavior of MCSs differs in significant ways from that of scattered storms. The vertical heating profile is demonstrably different, and while we know this, we have yet to develop weather or climate models that can differentiate reliably between scattered (Arakawa-Schubert-type) convection and more realistic “organized” convection. Thanks to careful analysis of satellite “precipitation features”, for example Nesbitt et al. (2006), we have an increasingly accurate assessment of the global distribution of MCSs and their varying importance in different regimes over land and ocean.