“The Weaponization of Water in the Middle East and Africa” Marcus King: iSEE Congress 2020

Abstract: Overuse, population growth, and climate change are turning water into a tool for conflict in the Middle East and Africa. Violent Extremists 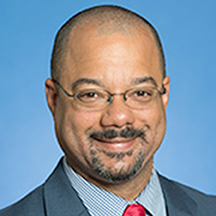 Abstract: Overuse, population growth, and climate change are turning water into a tool for conflict in the Middle East and Africa. Violent Extremists Organizations (VEOs), among others, have seized upon this opportunity to weaponize water. Strategies and tactics for doing so vary widely according to the capabilities and goals of the group that wields it. Using examples from Syria and Iraq, the Sahel, and the Horn of Africa, this lecture will elucidate emerging approaches toward — and categories of — weaponization, and suggest actions national governments and the international community can take to discourage water weaponization in modern conflicts.

Bio: King’s areas of expertise include environmental security, climate change, and security, environmental scarcity and fragile states, and energy security. He is Director of the Elliott School’s Master of Arts in International Affairs Program after previously serving as Director of Research and Associate Research Professor. King draws on experience in public service, research, and the private sector. He joined the Elliott School in 2011 from the research staff of CNA Corporation’s Center for Naval Analyses where he directed studies on security, resilience, and adaptation aspects of climate change. He was also Project Director for the CNA Military Advisory Board (MAB), an elite group of retired admirals and generals constituted to provide recommendations and reports on how these topics affect U.S. national security. From 2003 to 2006, King was Research Director of the Sustainable Energy Institute; and Senior Manager for Energy and Security Programs at a private consultancy. During the Clinton Administration, he held Presidential appointments in the Office of the Secretary of Defense, where he represented the United States for negotiation of the UN Framework Convention on Climate Change, and the Office of the Secretary of Energy, where he directly supported the Deputy Secretary and participated in negotiations on the peaceful uses of nuclear energy with the Russian Federation.King is a member of the Center for Climate and Security’s Advisory Board. His current research focuses on identifying ties between water scarcity and large-scale violence. He is a regular contributor to radio, television, and print media.

This event is one of four noon-hour lectures making up iSEE Congress 2021: The Future of Water.

This is an iSEE Certified Green Event.