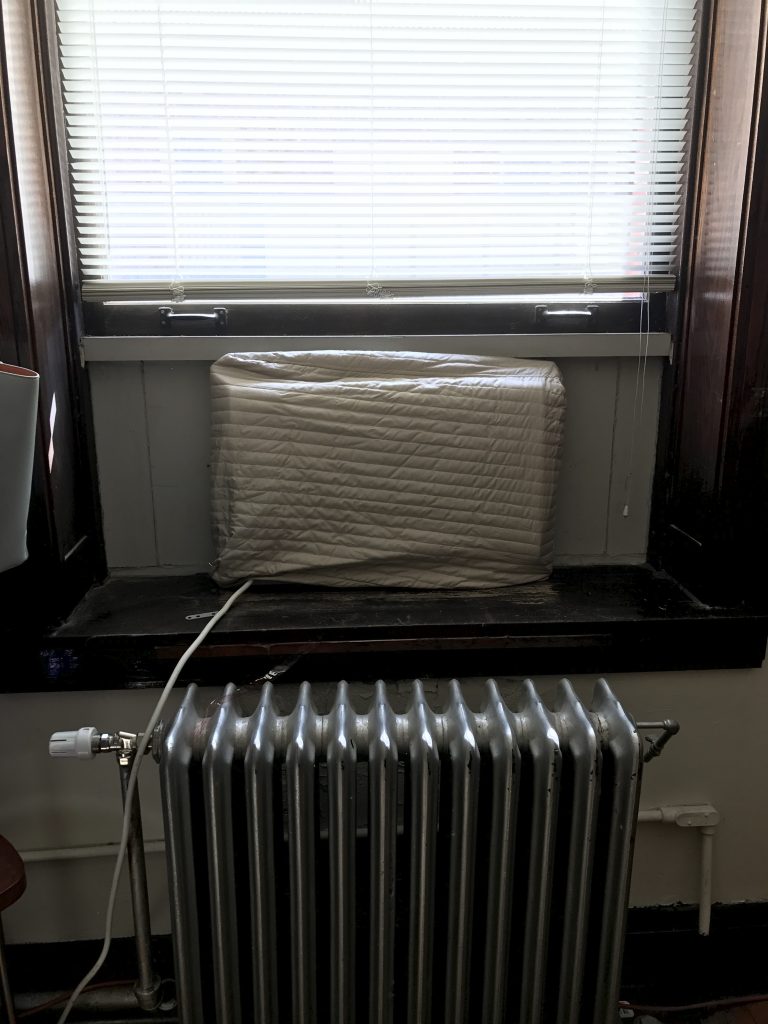 During warmer months on the U of I campus, occupants of the Transportation Building use window air conditioning units to keep cool. When the temperatures drop outside, building occupants now can use new fabric covers to insulate the exposed vents around those units. 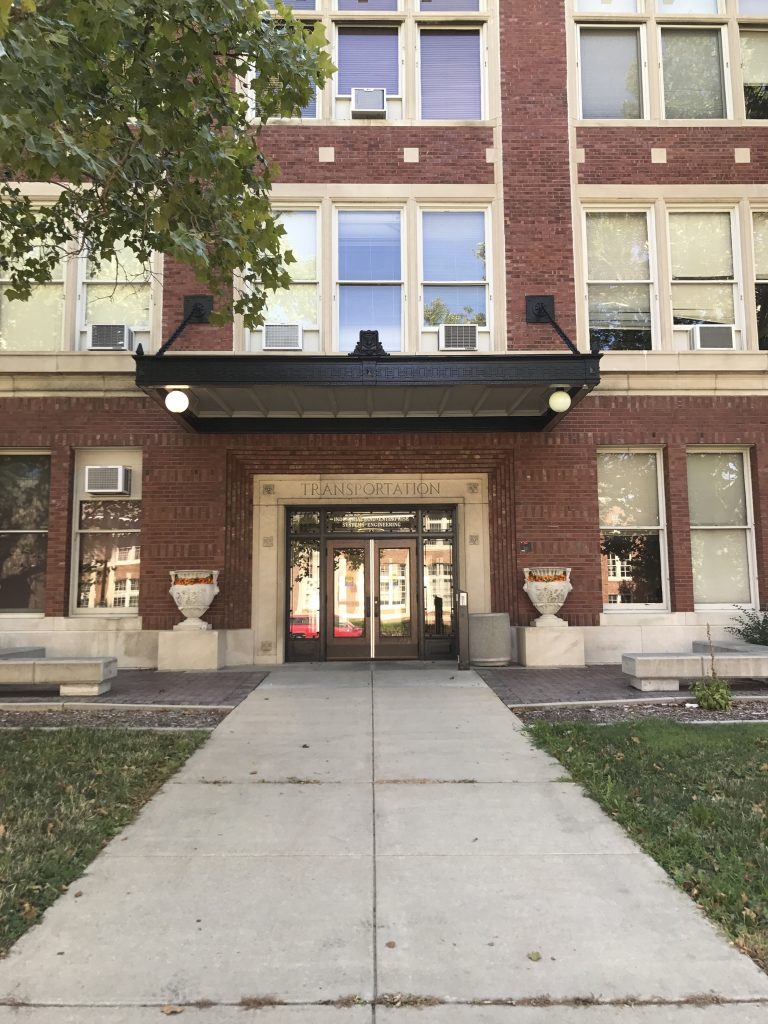 If you were handed a neat stack of cash and told you could use it for anything, would you choose to spend it on sustainability? After winning a 2017 cash prize in Facilities & Services’ Energy Conservation Incentive Program (ECIP), occupants of the Transportation Building made that choice and are taking energy savings to a new level.

In 2017, employees and students in the Transportation Building reduced energy use by 14%, earning them a third-place prize of $10,000. While they could’ve spent their prize money on new chairs, a new coat of paint, or any other project to improve the building’s aesthetic or the staff’s comfort, the folks chose to put their prize back toward the cause that allowed them to earn their award: more
energy savings for the building, which is at at 104 S. Matthews Ave. in Urbana.

“(With our prize money), we wanted to stay within the vein on energy conservation and we wanted something that would impact everyone,” said Shawna Graddy, Associate Director of Operations. “Many of us in the department, and society for that matter, are becoming more green-conscious.

“The decision to stick to sustainability wasn’t a hard sell. If you don’t want energy leaking out of your house at home, let’s not do it at work either.”

At the top of their list? The pesky winter air that was always escaping into the warm building through vents in the window unit air conditioners.

“In the past we’ve had huge Styrofoam built encasements to enclose the air conditioner. But they’re hard to store, and they’re expensive,” she said. “We began to think, ‘What could we do that has the same effect that’s easily stored and cost effective?’ ”

Instead of boxy Styrofoam, they found sturdy fabric covers that could easily protect the exposed vents in the winter months.

The blankets install simply: Just slip them over the unit like socks, and you’re done. During the summer months when they’re not needed, they can be folded or rolled up and tucked into a desk drawer.

“When it comes down to it, our building is over 100 years old. That means by design, it leaks energy constantly,” Graddy said. “We see the importance of sustainability in trying to make the building as good as it can be despite its limitations.

“The blankets made energy conservation real to everyone,” Graddy said, as all building users can actively participate in changes. “We also added battery recycling bins, and we’re investing in an outdoor picnic table so people don’t drive to lunch.”

To make strides in sustainability takes both grandiose changes — multimillion-dollar building retrofits, new national policies — AND small actions by regular people who choose to participate in earth-friendly actions because they’re the right thingsto do.

iSEE applauds all the folks in Transportation Building — and hope that all staff and faculty on campus can look to them as inspiration.