9 Books that Will Change the Way You See the Environment 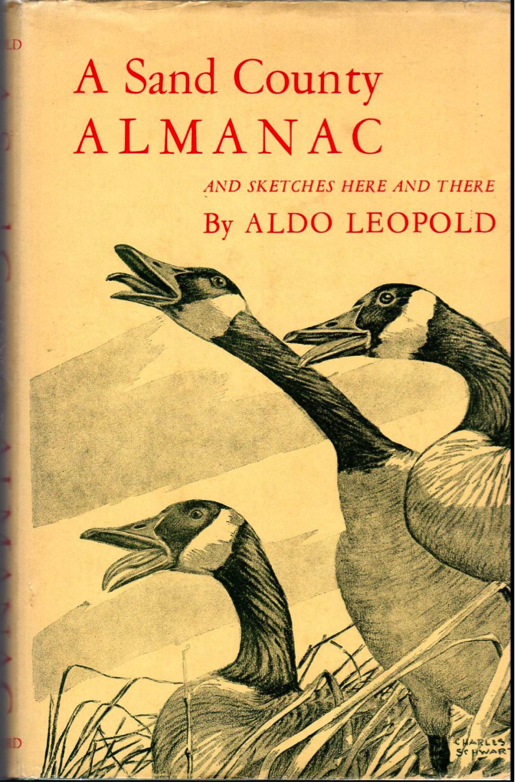 This collection of essays follows the turn of the seasons at Leopold’s small shack in the Wisconsin countryside. With its carefully observed details and quietly lyrical prose, A Sand County Almanac has inspired generations of readers to awake what Leopold calls “the ecological conscience.”

Huber received the book as a gift from a fellow landowner, with a note explaining it had been an inspiration for the stewardship of his own acres. It’s a fitting provenance, she thinks. “It still feels like a gift to receive and a gift to read, even 65 years after Aldo Leopold wrote it.”

She admires A Sand County Almanac for its ability to deepen our enjoyment and understanding of nature while also showing us “how to look unflinchingly at how singular, and often ruinous, our human relationships with the natural world have been.”

The faculty of the Department of Natural Resources and Environmental Sciences agrees. Since 2015, they have presented this book as a gift to their incoming freshman. Department Head Jeffrey D. Brawn calls it “one of the most influential books of its kind.”

Rising from the Plains by John McPhee (1986) 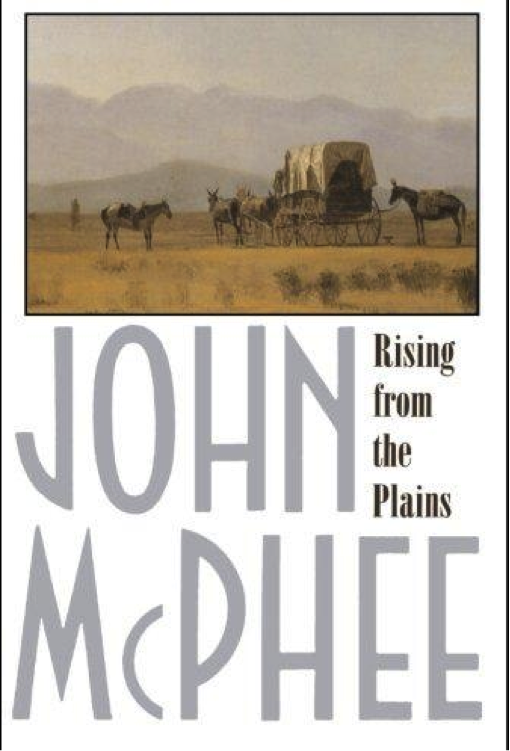 In Rising from the Plains, celebrated literary journalist McPhee tags along with geologist David Love on a road trip through Wyoming. This book covers remarkable breadth by weaving together Love’s personal and family history with the geological history of the Rocky Mountains and Wyoming.

“I recommend this book because … McPhee is a master of keeping the humanity in science,” Follis said. “He explores road cuts along Interstate 80 in a way that has caused me to want to jump out of my car along the shoulder of highways ever since I read the book years ago.” 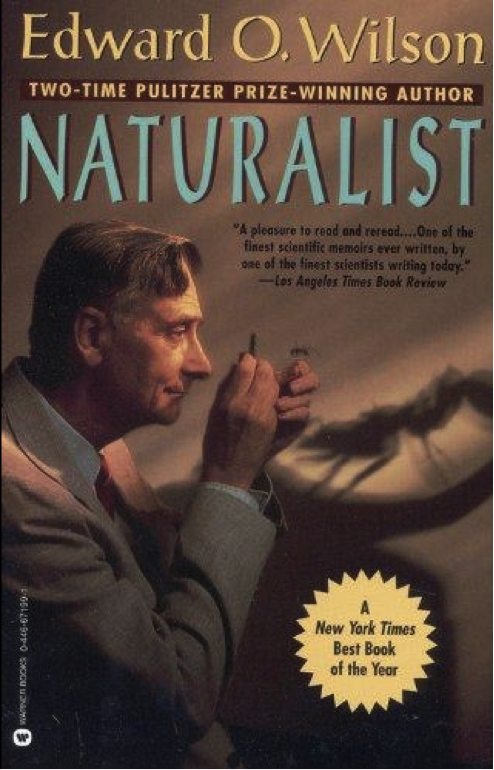 Naturalist is the autobiography of Wilson, “one of my heroes,” Marlin said.

Wilson, a two-time Pulitzer Prize-winning Harvard Professor of Entomology, is regarded as one of the most influential thinkers of the 20th century. He is widely known as the “father of sociobiology,” and for his environmental advocacy. His career start, though — and many of his best ideas — have come from ants, of which he is leading authority.

“Most children have a bug period,” he writes in Naturalist. “I never grew out of mine.”

Naturalist is a charming self-portrait of a scientist, and a history of the science Wilson helped define.

Living Downstream: An Ecologist’s Personal Investigation of Cancer and the Environment by Sandra Steingraber, (1997) 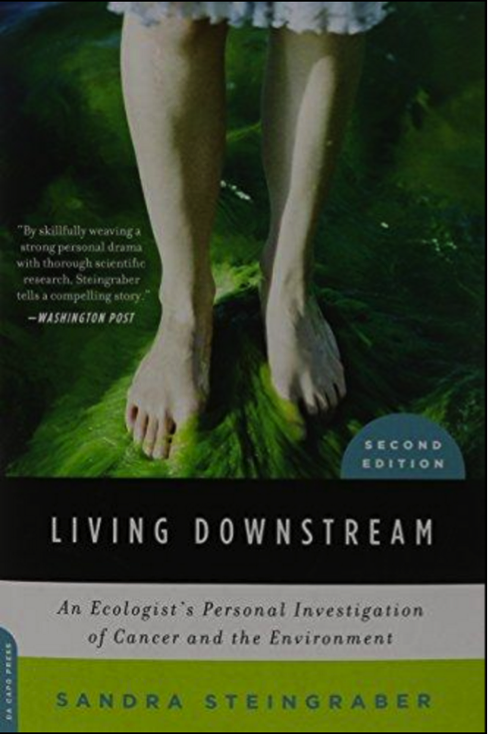 Recommended by Ann Reisner, Department of Media and Cinema Studies

Steingraber is a trained biologist, an award-winning writer, and a cancer survivor. In Living Downstream, Steingraber’s story starts close to home, describing the diagnosis she received while an undergraduate student at Illinois Wesleyan University: “bladder cancer … the quintessential environmental cancer.”

To this she adds “data on toxic releases [and] cancer registries, tracing the line connecting environmental toxins in the landscape and the rising incidence of cancer among the people living on these lands,” Reisner said.

This mix of memoir, research, and precise science writing makes for a deeply compelling story about the relationship between environmental pollutants and human health.

In Reisner’s view, “Steingraber stands on the shoulders of Rachael Carson — herself a cancer victim — to produce a book I consider cancer’s equivalent of Silent Spring.” 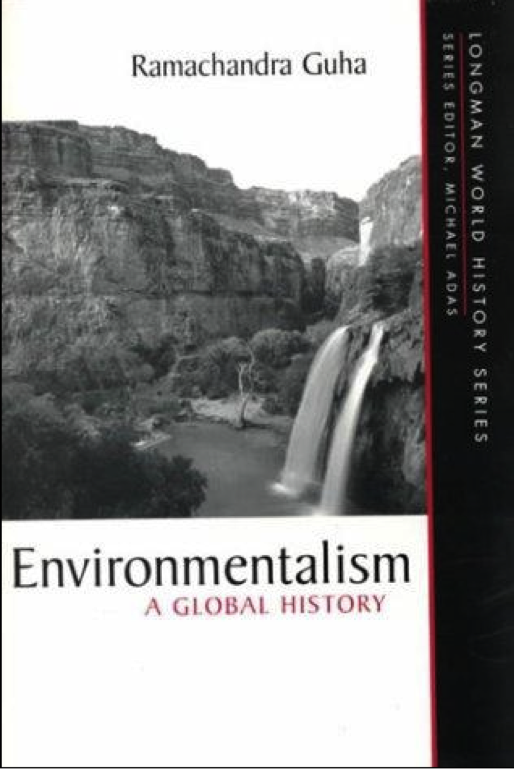 In Environmentalism: A Global History, Indian historian Guha’s presents a cross-cultural and transnational account of the interplay between environmental thinking and activism. The book’s eight chapters cover the former Soviet Union, China, India, Africa, and Brazil, in addition to the United States.

Salo, who has taught the book, finds that his activist students particularly enjoy Guha’s view of environmentalism “a charter of action beyond the literary appreciation of landscapes and scientific analyses of species.

“I love the book because it moves outwards from the American experience towards a global history of environmentalism that includes an environmentalism of the poor and an important discussion on socialism and the environment,” Salo said.

Natural Acts: A Sidelong View of Science and Nature by David Quammen (2009) 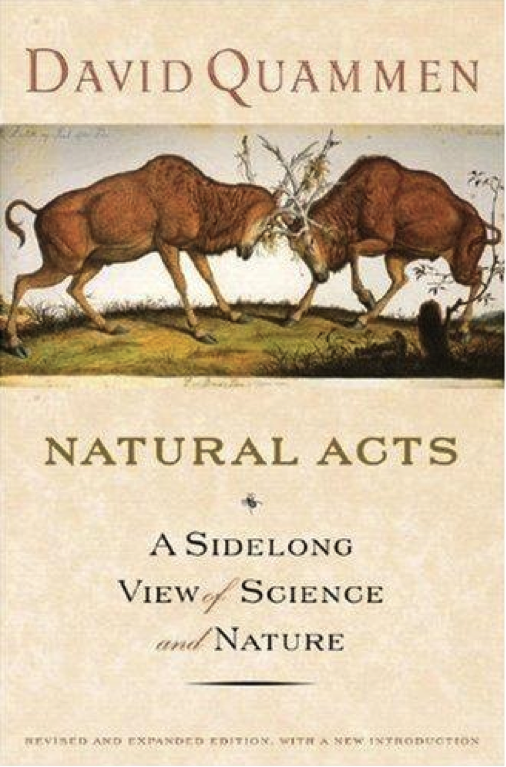 Recommended by Rob Kanter, School of Earth, Society and Environment

Natural Acts began as a column for Outside magazine, in which Quammen wrote with humor, sympathy, and much energy about the natural world. The book of the same name is a collection of these memorable pieces, plus a few more developed pieces from Audubon and Esquire. As the subtitle suggests, the freshness of Quamman’s approach has to do with taking the sidelong view, asking engrossing questions, like “What are the redeeming qualities, if any, of the mosquito?”

Kanter has been a fan of Quammen for years. He remembers reading the article “Planet of Weeds,” when it first ran in Harper’s in 1998. “[It] is still one of the best broad accounts of the ongoing, human-caused mass extinction of other species,” Kanter said. “He tells depressing, unnerving stories in a way I find thoroughly engaging — it’s like watching tragedy; you know it ends badly but you stay with it anyway.”

The Great Acceleration: by J.R. McNeill and Peter Engelke (2016) 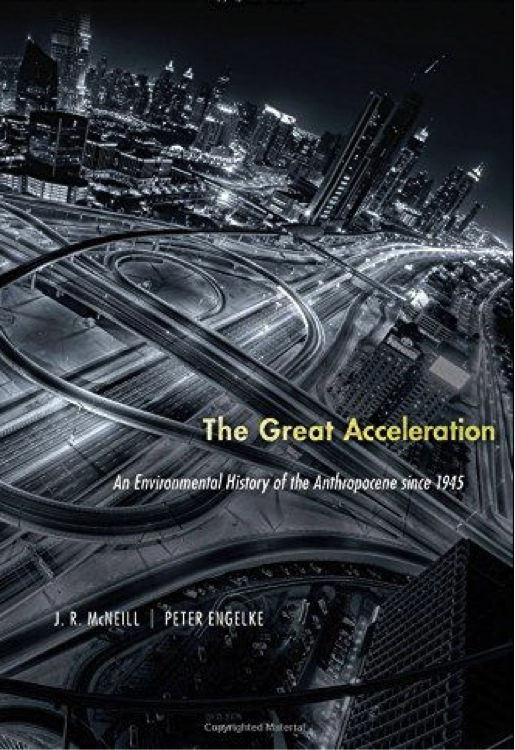 The Great Acceleration is an environmental history that explains the causes and consequences of human impact on the planet over the last 50 years.

Wood, historian and author of the environmental history, Tambora: The Eruption that Changed the World (2014), praises the style and scope of McNeill’s and Engelke’s book.

“It gives a terrific overview narrative, along with thorough statistical background, describing the massive increase in the human footprint on Earth since 1950,” Wood said.

“It’s crucial for students to understand that the sustainability issue is not a product of the last decade of human activity, but of seven decades of rapid technological advancement, human population growth, and skyrocketing consumption.” 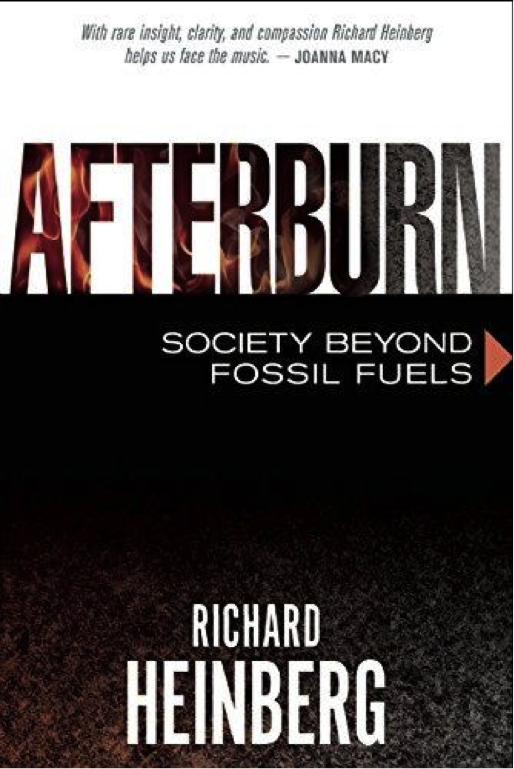 This collection of essays by Heinberg — journalist, educator, and Senior Fellow at the think tank Post Carbon Institute — explores fundamental questions about our future post fossil fuels. How do we manage the last days of fossil fuels, and what comes next?

“Heinberg is a broad and visionary thinker, one of the few scholars who appreciate the many facets of the pickle that our industrial civilization is in, between climate change and fossil fuel depletion,” McCall said.

“This collection of short essays offers fresh and deep insights into what the future holds, and how we can best adapt to the uncertain future we face.”

Fire and Ice: Soot, Solidarity, and Survival on the Roof the World by Jonathan Mingle (2015) 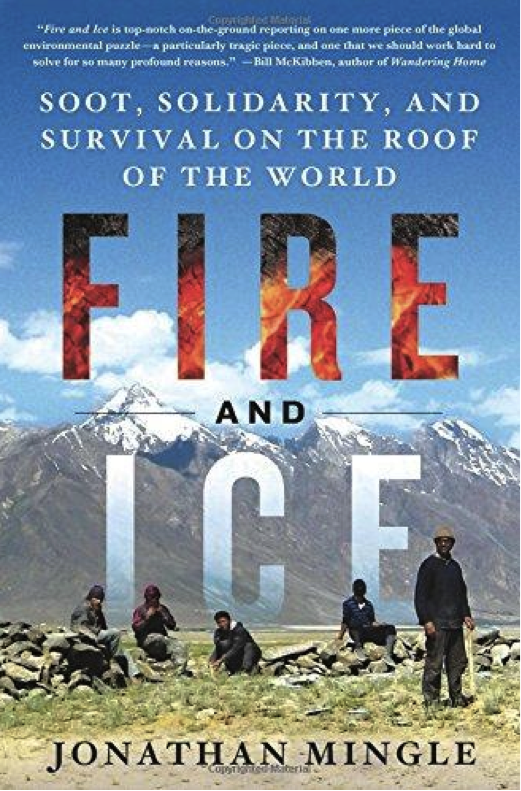 A bonus read from iSEE

What does life look like in the coldest reaches of the Himalayas, at a time when the earth as a whole is warming? Environmental journalist Jonathan Mingle traveled to the village of Kumik, in northwest India, to find out. Interspersed with this narrative of threatened village life is the story of black carbon, the soot-darkening substance produced by inefficient fires. It’s the second-largest contributor to global warming after carbon dioxide, created in large part from household hearths.

Fire and Ice is an adventurous examination of responses from scientists, engineers, entrepreneurs, activists, and villagers themselves about the challenges of energy poverty.